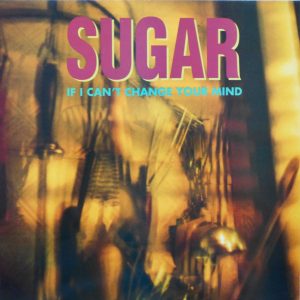 After the four near-perfect pop-punk songs that opened it, Copper Blue took a bit of a turn by finishing what was clearly the first side — in 1992, I was still mentally dividing my CDs into “side one” and “side two” — the the grand Beatles pastiche “Hoover Dam,” followed by the harrowing “The Slim,” all about losing a lover to AIDS.

END_OF_DOCUMENT_TOKEN_TO_BE_REPLACED 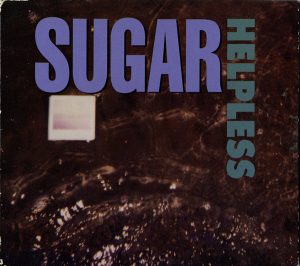 Kicking off with a super tight Malcolm Travis snare roll, “Helpless” is the probably the poppiest song on Copper Blue, a veritable ear candy hookfest that is impossible to get out of your head.

And why would you want to? Anchored by an incredibly short and simple guitar hook, “Helpless” lets Mould’s infinite guitar sustain carry it through the chorus, which opens the song, always a great trick.

END_OF_DOCUMENT_TOKEN_TO_BE_REPLACED 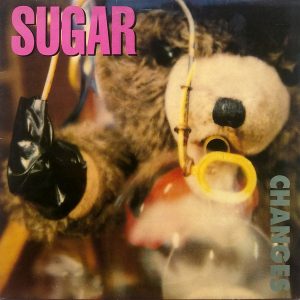 One of the secrets to the eternal greatness of Copper Blue is the sequencing, especially the first four songs on side one, which almost play like a mini-suite: the way the songs set each other up is fabulous. “A Good Idea’s” debasser line coming out of the end of “The Act We Act” is one thing, but the way the ringing guitars of “Changes” float out of the end of “A Good Idea” is almost beyond human ken. Which might be one of the reasons that “Changes” isn’t just my favorite song on Copper Blue, it’s up there with my favorite Bob Mould songs of all time, like “Celebrated Summer,” “Makes No Sense At All” and “Ice Cold Ice.”

END_OF_DOCUMENT_TOKEN_TO_BE_REPLACED 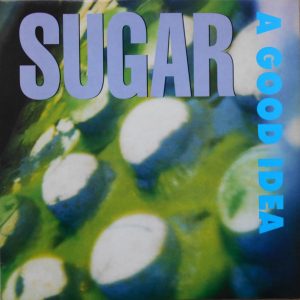 Of course, it wasn’t just Nirvana (and My Bloody Valentine) what got Bob Mould interested in returning to his strengths, it was also bands like the Pixies — who famously found Kim Deal by advertising for a bassist who loved Hüsker Dü & Peter, Paul & Mary (and now I wish the Hüskers had covered “Leaving on a Jet Plane” in the same supersonic way they covered “Eight Miles High“) — whose eternal “Debaser” provided inspiration to Copper Blue’s dark second song, the murder ballad “A Good Idea.”

END_OF_DOCUMENT_TOKEN_TO_BE_REPLACED 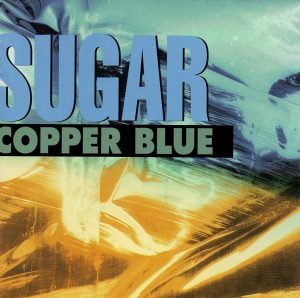 After Hüsker Dü suddenly (and surprisingly, at the time) broke up in 1988 after having released five fucking amazing albums in row — two of them doubles — in the 2 1/2 years between July 1984 and January 1987, Bob Mould & Grant Hart almost instantly went to work on their solo careers, both instantly distancing themselves from their former band.

And so Grant Hart’s 1988 “2541” single and subsequent 1989 Intolerance album were full of acoustic guitars and keyboards, and Mould’s first two solo albums, 1989’s Workbook and 1990’s Black Sheets of Rain were too light and too heavy, respectively. At the time, I preferred the latter to the former and still think the best song from that period was the b-side, “All Those People Know,” which played to his strength.

END_OF_DOCUMENT_TOKEN_TO_BE_REPLACED 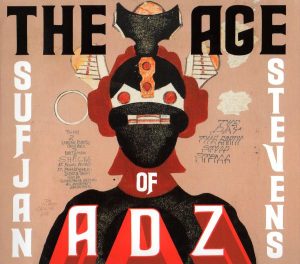 And so the official follow-up to Illinois, The Age of Adz, finally came out in October of 2010, a year that had already seen a slew of ambitious albums, from Kanye West’s My Beautiful Dark Twisted Fantasy and The Arcade Fire’s The Suburbs to Janelle Monae’s The ArchAndroid.

END_OF_DOCUMENT_TOKEN_TO_BE_REPLACED 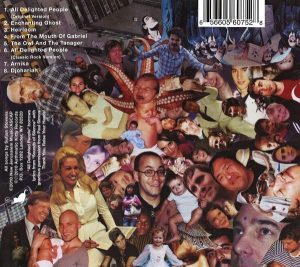 Out of all of the who knows how many songs I’ll eventually end up writing about, my guess is that “Djohariah” is in the top 1% of the “you either fully love this song or utterly despise it” category. Because I can’t see any other reaction to a 17-minute song from a brother to his sister where the actual lyrics don’t really start until 11 minutes in.

Despite the fact that All Delighted People is billed as an EP, “Djohariah” is two minutes longer than The Clash’s Cost of Living EP and only slightly shorter than the Pretenders Extended Play EP. Though, that said, it is a minute or so shorter than Future Certain Song “Close to The Edge,” so there’s that.

END_OF_DOCUMENT_TOKEN_TO_BE_REPLACED 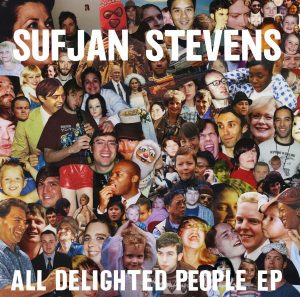 Of course, we weren’t ever going to get the other 48 albums of Sufjan Stevens’ purported “50 States Project.” No single human being could have possibly done that. Even one as prolific as Sufjan Stevens.

What we did get was a shit-ton of other things: a Illinois outtakes album called The Avalanche, a soundtrack album called the BQE and a box set of 42 Christmas songs. But no official follow-up. Not until 2010, when it was announced that Sufjan’s next official studio album, entitled The Age of Adz, would drop in October.

END_OF_DOCUMENT_TOKEN_TO_BE_REPLACED 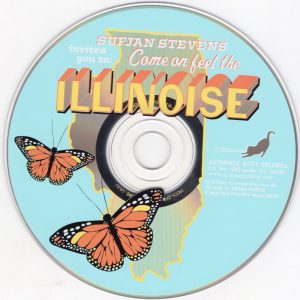 On the short list of Prettiest Songs Ever Recorded, Christian Indie Folk Division, “Casimir Pulaski Day” is also one of the most heartbreaking songs ever written, and Sufjan Stevens gets right into it over a lonely acoustic guitar.

END_OF_DOCUMENT_TOKEN_TO_BE_REPLACED 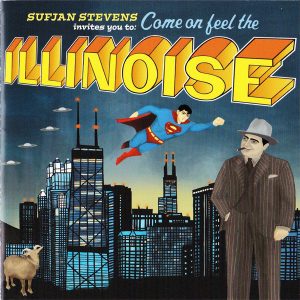