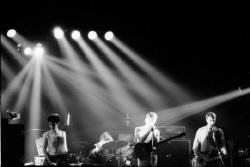 You should go back and read the other ones. I’ll wait.

15 MUSICAL MOMENTS TO DIE FOR