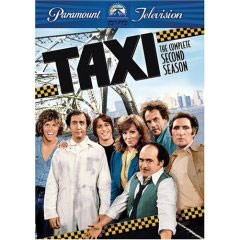 END_OF_DOCUMENT_TOKEN_TO_BE_REPLACED

So we here at Medialoper have a friend named Joe. It’s not that Joe is a Luddite, but he’s maintained for years that this whole Internet thing is a fad. He’s warned us — oh, has he warned us! — not to get too comfortable with this whole online culture. Nothing good can come from it.

Then Joe discovered YouTube and a treasure trove of classic rockabilly videos (or whatever they were called before they were called videos). At least one ‘loper mother is sending her son links to old Buck Owens recordings. And so it goes. A lot of filmed material, stuff that formerly sat on the shelf, gathering dust, is being released into the YouTube wild.
END_OF_DOCUMENT_TOKEN_TO_BE_REPLACED

While you were busy making daily lineup changes in order to win your Fantasy Baseball league, here’s what we were looking at: