Yesterday at Book Expo America, Amazon CEO Jeff Bezos announced plans to take over the publishing industry. After that, he plans to fly away to space.

Bezos’ presentation was something of a coming out party for the Kindle. This is the first Book Expo since the Kindle’s release, and it was the first time that the industry as a whole has had a good look at the device.

Launched last December, the Kindle is just now becoming widely available without a long delay. Bezos was on hand to show off the Kindle, brag about early user reactions, and beat around the bush about what appears to be very promising ebook sales figures.

Naturally, book publishers love Bezos. He’s the man who figured out how to sell books on the Internet. He took the hard work out of ecommerce and provided publishers with an incredibly efficient sales channel at no cost to the industry. What’s not to love?

END_OF_DOCUMENT_TOKEN_TO_BE_REPLACED

Where the Banshees Live and They Do Live Well Edition

END_OF_DOCUMENT_TOKEN_TO_BE_REPLACED

I Hear Books, And Jane Wanting To Cry Edition

END_OF_DOCUMENT_TOKEN_TO_BE_REPLACED

As some of you might know, I’m married to a pretty big fan of all things Joss Whedon. Rox discovered Buffy The Vampire Slayer between the third and fourth seasons as a necessary antidote to my need to watch every inning of every SF Giants game, and has pretty much snapped up everything he has done since, right up to the Buffy Season 8 and Angel Season 6 comic books that mysteriously show up at our place every month.

And naturally, we’ve watched the Buffy, Firefly and Angel DVDs, uh, a few times. Luckily, I like all of those shows wayyyyy more than she ever liked Barry Bonds, so it’s not really an issue, except that I never want to watch the episode where Xander turns into a fish ever again.

So it goes without saying that our household is looking forward to Dollhouse, Whedon’s return to TV — FOX, no less! — after the Firefly fiasco. But, my guess is that as big of a fan as she is of all things Whedon, even she probably would find the Save Dollhouse! campaign a bit excessive.

That’s right, months before the first episode even airs, potential fans of the show are already discussing what they are going to do when FOX inevitably axes the show.

Talk about planning ahead!

END_OF_DOCUMENT_TOKEN_TO_BE_REPLACED 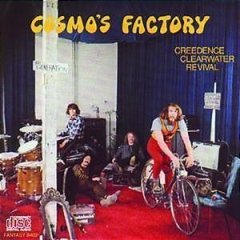 END_OF_DOCUMENT_TOKEN_TO_BE_REPLACED

How Are We Supposed to Act When R. Kelly Come? Edition