It was the night before SXSW 2008 kicked off, and Kassia Krozser, Erik Hersman, and I were hanging out at the pre-party at the Six Lounge in Austin. Erik was explaining that the guy in the corner who looked remarkably like Jeff Bezos, actually was Jeff Bezos.

The truth is, there are a lot of guys at SXSW who look like Jeff Bezos. That might be why Bezos wasn’t attracting much attention. He blended seamlessly with the crowd of Web 2.0 geeks, and he looked absolutely in his element.

Eventually, word got out and a small but disorganized receiving line began to form around Bezos. Partygoers were eager to approach him for an autograph or photo op, but everyone seemed to be cautions about making too big a deal about it.

At some point, I realized that we were being sucked into the Bezos Vortex and were actually in line to meet the man. I remember thinking that it was not unlike waiting in line to meet Santa Claus, but better, because Amazon already has my wish list on file. I was certain that when I introduced myself, Bezos would shake my hand and say, “Yes Kirk, you’ll be getting that plasma TV for Christmas. As long as you remember to take out the trash and clean your room.”

END_OF_DOCUMENT_TOKEN_TO_BE_REPLACED

We Were All Just Money-Making Edition

END_OF_DOCUMENT_TOKEN_TO_BE_REPLACED

A couple of weeks ago, ABC canceled Pushing Daisies, a show about which I could never figure out if it was crazily quirky or quirkily crazy. Either way, it was a show that I never really thought about all that hard about after it was over.

It was good, dark fun, but it wasn’t a show that I missed during the writer’s strike, either. For whatever reason, it never crossed the threshold into greatness.

So while I’m sad to see it go, I won’t be rushing out to buy the DVDs. Some people will, of course, and they are the people behind the inevitable “Save Pushing Daisies” campaigns, where no doubt 100,000 people all thought it was their original idea to send daisies to the “head of ABC.” Which, in the show’s iconography, would be the floating, disembodied head of Walt Disney.

Of course, you can send ’em dead flowers by the U.S. mail, and it ain’t going to help.

END_OF_DOCUMENT_TOKEN_TO_BE_REPLACED

Say I’m The Only Bee In Your Bonnet Edition

END_OF_DOCUMENT_TOKEN_TO_BE_REPLACED

One of the reasons that the the A.V. Club is pretty much my favorite place on all of the internets right now is that they’re constantly coming up with new angles for discussing the popular culture that they’re covering.

In 2008, one of those angles was Noel Murray’s Popless column, which is just now finishing up a year-long run that made Mondays much more tolerable for loads of music fans.

Popless is a deceptively simple idea: a long-time rock critic takes a year off from reviewing new music in order to go through his music collection and re-evaluate everything. The goal is not just to weed out his collection, but to recharge his critical batteries, which are overwhelmed by the ongoing glut of new music.

At the time, I was intrigued by the concept of stopping and taking stock. But that’s not why I fell in love with Popless. As someone who has been reading and (very) (occasionally) writing rockcrit for a long time, this was a new spin on solving the age-old problem of criticism in general: can I trust this person’s opinion? Popless turned out to be a internet-age combination of blog-based introspection and old-school critical judgments, and if I didn’t know where my tastes and his intersected previously, I sure as hell do now.

A couple of weeks ago, Noel was kind enough to consent to an email interview, and answered my barrage of questions with serious, considered answers. As you’ll see, he’s thought a lot about this project, the reasons behind it, and what doing it meant to him . . .

END_OF_DOCUMENT_TOKEN_TO_BE_REPLACED 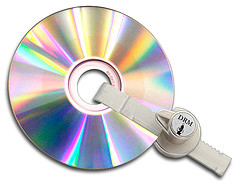 This may surprise some of you, but, DRM has been very good for Medialoper. While it’s true that the whole ‘Loper team is generally opposed to all things DRM, it just so happens that a huge segment of new readers arrive at Medialoper each day after searching Google for solutions to various DRM related problems. The sad truth is, DRM is what brought many of you to Medialoper in the first place.

While our DRM related search traffic is mostly constant throughout the year, we see a surge in traffic around the holidays. That surge peaks on Christmas day as consumers desperately search for ways break the shackles on various DRM crippled holiday gifts.

While it’s great that new readers are discovering Medialoper, we’d be happier if consumers weren’t being suckered into the DRM shell game that restricts fair use and offers no value in return.

And so, in the spirit of the holiday season, and despite our best interests, we’re happy to present Medialoper’s first annual DRM-free Holiday Shopping guide.