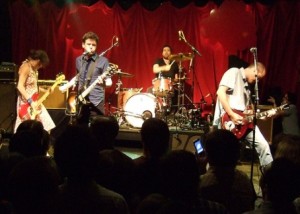 How great of a year was 2010? So great that when I first put together a list of albums to consider for my Top 10, there were over 45 serious contenders.

And while I was eventually able to whittle it down to what you’re going to see here, it was really tough, and absolutely subject to change.

2010 was my favorite year for music since 1991, and maybe ever, and I think social networking played a huge part in it. People talk a lot of shit about Facebook and Twitter, but the upside — especially Twitter — is that you get recommendations from people whom you might have never met, but whose taste coincides with your owns. There were many great records this year — The Soft Pack & Titus Andronicus come to mind — that I discovered thanks to a tweet or got deeper into because of a long online discussion.