Over the years, the relatively poor sound has become part of the mythos surrounding Zen Arcade, and it’s exacerbated by shoddy digital reissues. Which is one of the reasons that I’ve been linking to that some random dude’s excellent homemade remasters. Which sound way better than my official SST CD.

END_OF_DOCUMENT_TOKEN_TO_BE_REPLACED

Capping off side three of Zen Arcade like a cool drink of lysergic water after the triple-bummer of “Pink Turns To Blue,” “Newest Industry” and “Whatever,” — which admittedly were already broken up by two different piano interludes — “The Tooth Fairy and The Princess” is my favorite of Hüsker Dü’s more experimental songs.

END_OF_DOCUMENT_TOKEN_TO_BE_REPLACED

Kicking off with a stuttering drumbeat and a glistening tornado of a guitar riff that sprays from the speakers like sparks, “Whatever” is a quantum leap in Bob Mould’s songwriting, yet another reason that side three of Zen Arcade is so fucking superior.

Just listen to how Greg Norton’s bass switches from ominous to hook-filled as Grant Hart punctuates the verses with quick little drum rolls that explode against the guitars again and again and again, never once losing the lightspeed forward momentum.

These dudes could play!

END_OF_DOCUMENT_TOKEN_TO_BE_REPLACED

As if he felt to need to top the story of personal devastation Grant Hart sang about in “Pink Turns To Blue,” Bob Mould follows it with a story of a whole world devastated in the ferocious “Newest Industry,” a song that moves so hard and shines so bright, that you might not even notice just how dark the words are.

END_OF_DOCUMENT_TOKEN_TO_BE_REPLACED

Side three of Zen Arcade was what turned it into such a cornerstone of American punk rock.

If sides one & two were about their range and their rage — and songs like “Never Talking to You Again,” “Chartered Trips,” “Hare Krsna,” and “What’s Going On” all narrowly missed the cut here — then sides three & four were about their tunes and their chops.

END_OF_DOCUMENT_TOKEN_TO_BE_REPLACED

The first thing you hear is Grant Hart’s drums, running for their lives down the center of a dark, lonely street, followed closely by Greg Norton’s bass and then, Bob Mould’s guitar roars in, as either their savior, their destroyer, or possibly both. Then Mould start screaming: “Something I learned today / black and white is always gray,” and the world explodes.

That’s the opening to “Something I Learned Today,” which kicks off Zen Arcade, the messy, ambitious, sprawling landmark of an album that Hüsker Dü dropped like a fucking bomb into the middle of the punk rock landscape in 1984.

END_OF_DOCUMENT_TOKEN_TO_BE_REPLACED 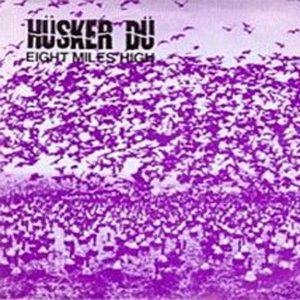 Ladies and Gentlemen, welcome to the greatest cover song ever.

There is nothing about Hüsker Dü’s “Eight Miles High” that isn’t masterful, right down the image on the picture sleeve. Byrds cover!

END_OF_DOCUMENT_TOKEN_TO_BE_REPLACED 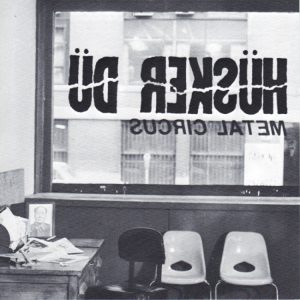 A musical trigger warning anchored by an omnious Greg Norton bassline and Grant Hart’s kick-heavy drums, “Diane” is probably the hardest of all of Hüsker Dü’s great songs to listen to, at least from a lyrical standpoint.

It’s about the 1980 rape and murder of a St Paul waitress Diane Edwards (whom I think Hart knew, though I can’t source that) from the point of view of the serial killer who did it.

END_OF_DOCUMENT_TOKEN_TO_BE_REPLACED

Blessed like The Beatles or The Clash with multiple primo songwriters; blessed like The Who or Led Zeppelin with world-class instrumentalists with unique styles; blessed like R.E.M. or The Replacements to be playing at a time where alternative career paths were beginning to open up, Hüsker Dü were one of the greatest rock ‘n’ roll bands to ever walk this or any other planet.

And the Metal Circus EP, the transition record from their rote hardcore beginnings to their groundbreaking future, is where they started to put it all together.