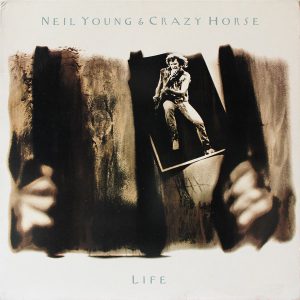 Recorded at the Universal Ampitheatre & Record One Studios, Los Angeles on November 18, 1986

My theory is that pretty much every hardcore Neil Young fan has at least one album during Neil’s lost decade that they will totally stan for.

I’ve already mentioned how Tim loved Trans from the start, and Sherilyn has always gone to bat for 1986’s Landing on Water, and Doc has proclaimed his fandome Everybody’s Rockin’ and I’m sure even Old Ways and This Notes For You have their adherents.

END_OF_DOCUMENT_TOKEN_TO_BE_REPLACED 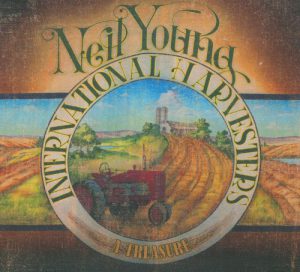 Recorded at the Minnesota State Fair, St. Paul on September 1, 1985

After Trans, things got weird. Think about that for a second.

Changing gears again, Neil recorded a full-blown country album called Old Ways. Geffen flat-out rejected it, saying that he wanted something that was rock ‘n’ roll. What he meant, of course, was Everybody Knows This Is Nowhere or Zuma, of course; what he got was Everybody Knows This Is Nowhere Close to Rockin’ Except For Techniclaly, shortened to Everybody’s Rockin’ & credited to Neil Young and the Shocking Pinks.

END_OF_DOCUMENT_TOKEN_TO_BE_REPLACED 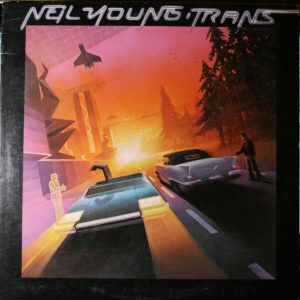 No, seriously, what the fuck?

END_OF_DOCUMENT_TOKEN_TO_BE_REPLACED 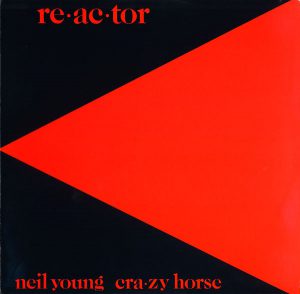 So we’re gonna zip through most of the 1980s, if you don’t mind. When in his biography, Shakey, it was revealed that the cerebral palsy diagnosis of Neil Young’s second son Ben affected at least his first three records of the 1980s, it all kind of made sense.

At the time, of course, it was baffling: following up Rust Never Sleeps with 1980’s half-folk, half-country Hawks & Doves seems like a typical move on paper, but neither the songs or the focus were there for the record to make much sense, and of course, back in 1982, Trans made no fucking sense at all.

END_OF_DOCUMENT_TOKEN_TO_BE_REPLACED 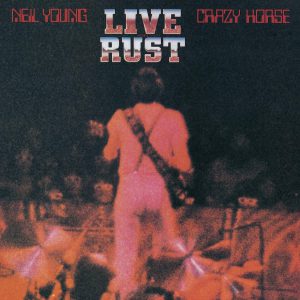 Tim and I saw the film of Rust Never Sleeps for the first time at some point during senior year. It was playing as a double bill with Rock n Roll High School. We think it was out at the Moon-Glo Drive-In, I’m pretty sure that there was at least a six-pack of beer involved, and I’m absolutely certain that one of the highlights was the epic version of “Cortez The Killer.”

Whereas the original studio version of “Cortez The Killer” on Zuma always felt like a sketch, almost a demo, especially when compared to the versions that were put on the Live Rust (from St. Paul) album and Rust Never Sleeps film (from San Francisco).

END_OF_DOCUMENT_TOKEN_TO_BE_REPLACED

Recorded at Boston Garden on October 4, 1978

On the shortlist of Prettiest Songs Ever Recorded, Neil Young division, “After The Gold Rush” combines surreal, apocalyptic imagery with absolutely unforgettable melody.

While I’m sure a lot of folks prefer the studio version, I always loved the version on Live Rust, which admittedly sacrifices some of the fragility, but replaces the flugelhorn solo with a harmonica solo, and of course has the inappropriate audience cheering after Neil sings “and I felt like getting high,” which has always kinda cracked me up.

END_OF_DOCUMENT_TOKEN_TO_BE_REPLACED

What did you do on your 19th birthday? I don’t remember anything about my 19th birthday, but it was during a particularly directionless point in my life, where I was going to Fresno City College, and KFSR didn’t have any fixed date it was going on the air. (Though it did go on the air before I turned 20.) If I remember correctly, the only things I was doing on any consistent basis was going to as many concerts as I could afford and drinking a lot of beer.

I was also playing soccer, but there weren’t any World Cup championships in my near future.

And while in the wake of my parents separation, I was seriously considering escaping Fresno altogether and going to, like, UCLA (where Larry had gone) or Berkeley (because the Bay Area), the reality was that my high school grades were just too shitty.

END_OF_DOCUMENT_TOKEN_TO_BE_REPLACED 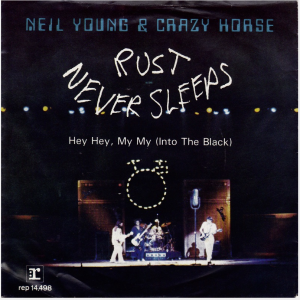 END_OF_DOCUMENT_TOKEN_TO_BE_REPLACED

So yeah, this is the song we named our band after. Pretty sure it was Doc who came up with it. And while it musically represented the Neil Young + The Replacements vibe we were going after, it wasn’t a song that we ever did, probably because that would have a bit too much.