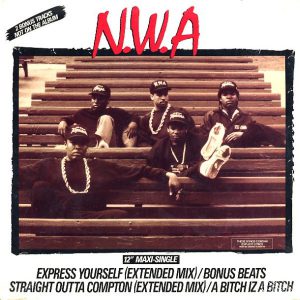 The final single from Straight Outta Compton totally flipped the plot, and compared to songs like “Gangsta, Gangsta,” “Dopeman,” “Fuck Tha Police” and “8 Ball” was enough of a curveball to feel like a breath of joyous fresh air near the end of the back half of the album.

I guess it’s also a bit of a preview of Dr. Dre’s upcoming solo career, as he steps out from the turntable to rap Ice Cube’s lyrics that simultaneously celebrate art as a way out of the gangsta life as well fit in the middle of the great hip-hop tradition of getting extremely meta about the process of creating hip-hop lyrics.