END_OF_DOCUMENT_TOKEN_TO_BE_REPLACED

I want a new job. I want to go work for the Parents Television Council, and spend my time watching and cataloging sex & violence on prime-time television. This is what they do. They watch TV, looking for sex and violence, and when they find it, they tell the world. It’s awesome.

They’ve just released a study with this alarming headline:

END_OF_DOCUMENT_TOKEN_TO_BE_REPLACED 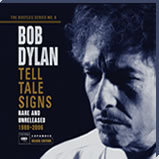 END_OF_DOCUMENT_TOKEN_TO_BE_REPLACED

So here’s the deal: apparently Hills twits Spencer Pratt & Heidi Montag are planning a trip to entertain the U.S. troops in Iraq. Normally, a story like this would immediately be tossed into my “who gives a rats ass” pile and I’d go back to obsessing over the new Paul Westerberg & Hold Steady albums and wondering why more people aren’t watching The Middleman.

However, it struck me that Heidi & Spencer being allowed to go over and entertain the troops is actually the most compelling reason yet to immediately bring our boys back home from Iraq.

If Heidi & Spencer are going to Iraq, it means that we’ve been there for so long we’ve run out of actual, real entertainers for our troops.

END_OF_DOCUMENT_TOKEN_TO_BE_REPLACED

Does playing someone’s music on the radio hurt them or help them? And is it a “form of piracy”?

I’m a lifelong radio listener. Not like I once was, of course, but I still listen, especially during my morning commute. A couple of weeks ago I happened to hear “The Step and The Walk” by The Duke Spirit on Indie 103.1, and fell instantly in love with it. So, is that a good thing or bad thing for The Duke Spirit?

A logical person would say that it’s a good thing for the artist. Right? I’d never heard of them, and now I have.

Of course, as we’ve seen many times before, the Recording Industry is not made up of logical persons. As a matter of fact, not only do they see no benefit in their artists being played on the radio, they want compensation.

Otherwise, “it’s a form of piracy,” and any argument that playing music is a form of promotion is a “red herring.”

Those aren’t my words, but rather the words of a spokesperson for a recording industry umbrella group with the hilarious name of musicFIRST.

END_OF_DOCUMENT_TOKEN_TO_BE_REPLACED

The NBC programming that went missing from iTunes last December has finally turned up in the Zune marketplace. Fans of The Office, Heroes, and 30 Rock can once again pay to download episodes of their favorite programs — provided they own a Zune and a Windows PC.

Given the Zune’s miniscule market share it’s curious to see any network choosing Microsoft’s media platform over iTunes for paid downloads. When NBC pulled its programming from iTunes, network officials sniffed at the relatively small sales the Apple service had generated. By comparison, sales in the Zune marketplace are bound to redefine the term “nano”.

Clearly this move isn’t about selling digital content online. NBC seems to be more interested in punishing Apple for exercising control over iTunes pricing than it is in actually expanding the market for legal downloads.

END_OF_DOCUMENT_TOKEN_TO_BE_REPLACED

A while back, Kirk wrote an article called “Prepare for the Worst: 4 Simple Digital Media Backup Solutions.” One of the options was the digital Music Locker at MP3tunes, where you could upload your music and store it, secure and password-protected.

This is not file-sharing. File-sharing is, of course, the digital equivalent of what music fans have been doing since the dawn of time: turning other people on to music they love. This is really the exact opposite: it is more akin to locking your music in a safe deposit vault, where only you have the key.

Apparently, EMI didn’t think so, and sued MP3tunes, essentially trying to shut down online storage of music for any purpose whatsoever.

END_OF_DOCUMENT_TOKEN_TO_BE_REPLACED

Longtime readers of this site (that would be Will and John) know that there are consumer products to which we’ve never been very kind. These products include Microsoft’s Zune, anything from DuroSport Electronics and of course SpiralFrog, the major label-sponsored website that allows you to download DRM’d music for FREE! All you have to do is ignore some ads.