If you have any kind of commute in the Los Angeles area at all, and spend any part of that commute listening to old-school FM radio — and I’m guilty on both counts, especially in the morning, when I want to be plugged into the universe — then you’ve probably noticed Indie 103.1.

In this day and age, Indie 103.1 was a small miracle: a radio station that was dedicated — mostly — to independent rock-oriented music, programmed outside of the normal boundaries. It was always worth a spin to see what they were broadcasting.

But now — according to their website — they’re leaving the airwaves, and will continue as an internet-only radio station.

END_OF_DOCUMENT_TOKEN_TO_BE_REPLACED 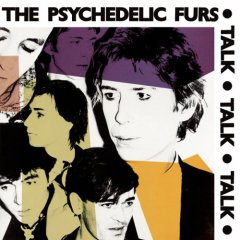 END_OF_DOCUMENT_TOKEN_TO_BE_REPLACED

Does playing someone’s music on the radio hurt them or help them? And is it a “form of piracy”?

I’m a lifelong radio listener. Not like I once was, of course, but I still listen, especially during my morning commute. A couple of weeks ago I happened to hear “The Step and The Walk” by The Duke Spirit on Indie 103.1, and fell instantly in love with it. So, is that a good thing or bad thing for The Duke Spirit?

A logical person would say that it’s a good thing for the artist. Right? I’d never heard of them, and now I have.

Of course, as we’ve seen many times before, the Recording Industry is not made up of logical persons. As a matter of fact, not only do they see no benefit in their artists being played on the radio, they want compensation.

Otherwise, “it’s a form of piracy,” and any argument that playing music is a form of promotion is a “red herring.”

Those aren’t my words, but rather the words of a spokesperson for a recording industry umbrella group with the hilarious name of musicFIRST.

END_OF_DOCUMENT_TOKEN_TO_BE_REPLACED

You know how sometimes you hear an album — or even a song — for the first time, and without even realizing it, by the time it’s over, your whole perception of the world has forever been changed?

That was what hearing The Clash for the very first time did to me. It was late 1978, I was a junior in at San Joaquin Memorial High School in Fresno, California, and I pretty much liked what other white, suburban males my age liked: Led Zeppelin, The Who, The Rolling Stones, Aerosmith, Yes, etc.

But, something had happened: about a year before, I’d started reading rock magazines — Circus, Rolling Stone and most especially, CREEM. And those rock magazines were all buzzing to various degrees about something called “Punk Rock.” Punk seemed strange and weird, and it was very much unheard on Fresno radio. So even though the Sex Pistols had already crashed and burned on American soil, I actually hadn’t heard a note of their music.

But I had heard The Cars, and their debut album was the very first punk-associated thing I ever bought. But of course, The Cars were really “new wave,” which was a totally different head, man, so I finally took the Punk plunge with Rocket to Russia by the Ramones and Marquee Moon by Television. Those are still two of my favorite records, and they just whetted my appetite for more.

END_OF_DOCUMENT_TOKEN_TO_BE_REPLACED 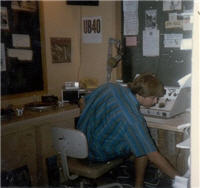 I’d like to wish a happy 25th Birthday to KFSR, 90.7 FM, the radio station at California State University, Fresno.

I know that if you check their website, it claims that they went on the air in the evening of October 31, 1982, but that’s dead wrong.

I can totally see how the mistake happened: in the early days, it always made total sense to combine the anniversaries with Halloween parties, and over the years, it just became accepted that the station was born on Halloween.

But it wasn’t: KFSR went on the air at noon on Saturday, October 30, 1982. I should know, I was there, having been looking forward to it since I got involved with the station in early 1981. And a quarter-century later, here’s what I remember for sure:

END_OF_DOCUMENT_TOKEN_TO_BE_REPLACED

Obviously, I’m thankful for family, friends, health, employment. But forget all of that, because here is my list of the Medialoper-y things for which I’m thankful right now:

END_OF_DOCUMENT_TOKEN_TO_BE_REPLACED

I’m probably opening myself up for non-stopping ribbing by admitting to this, but I listen to country music radio. At least I did until KZLA — who have always called themselves “America’s most listened to country station” — abruptly became “Movin 93.9” last Thursday.

I listened to KZLA’s morning show on my way to work Thursday morning but when I got back in my car to head home that evening I was shocked to hear “Mambo #5” coming out of my speakers. My first thought was that it was on the wrong station, however a quick glance and the pretty purple LCD screen told me that I was still on 93.9. Something was wrong. Very wrong. I promptly turned the volume down and called my husband on my cellphone. When I got home, I checked the headlines online only to find that it was even a surprise to the station air staff.

END_OF_DOCUMENT_TOKEN_TO_BE_REPLACED

So there I was, sitting in traffic, round about where the 110 meets the 5 and everybody seems to think polite merging involves cutting off other drivers, when I heard the opening riff of “Marquee Moon”. On the radio, because you know, it’s not so unusual for me to hear that song on a mix CD. But on the radio? During a radio show about money, markets, and business?

Anomaly, I thought. Until the Luna song. At least I’m pretty sure it was Luna. They definitely played Wilco, and I’m almost positive I heard a bit of Bob Mould. Alas, Marketplace from American Public Media isn’t a show about music. It’s a show that takes a daily look at the news of the world from the perspective of how it impacts business. The centerpiece of every show is “The Numbers”, a wrap-up of how the various markets did that day, though you can guess because they play happy or sad music as an intro, depending. Yesterday, by the way, was the sad music.