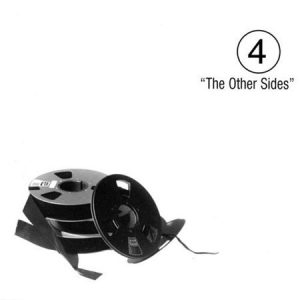 The third time I saw Tom Petty and The Heartbreakers in concert, I didn’t have to drive for hours in the late-summer California heat. Nope, the third time, they came to me.

Well, not me specifically, but Fresno. On April 15, 1983, they played an outdoor show at the CSUF Amphitheater, about a thirty-second walk from the KFSR studios.

Which at that point, was pretty much like playing on my front lawn, given that the Amphitheater was a place I walked through on a daily basis, and I spent more time at the KFSR studios / office / production room than I spent anywhere else. (Including classes, but that was a totally different thing.)

Opening the show was Nick Lowe’s Noise to Go, featuring Paul Carrack — still riding high from being the singer on Squeeze’s “Tempted” and the author of a well-regarded solo album — and while Petty was too big on pretty much every level to be doing college radio interviews, Tim and Dead Air Dave did get to interview Lowe and Carrick on KFSR, just prior to all of us then just walking into the concert like bosses.

Which, for the sake of the story, I’m going to say we did. Though I can’t imagine that I didn’t also buy a ticket, just to be absolutely sure I got to see the show. Because Tom Petty. Who, BTW, was great. I mean, duh.

Anyways, fast-forward a couple of years, and lo and behold, the b-side to one of the Southern Accents singles — “Make It Better (Forget About Me)” — was a cover of Nick Lowe’s “Cracking Up,” one of the best songs on his classic Labour of Lust.

A relatively straight cover, as I’m sure my Rockpile friends would be the first to point out. Mike Campbell retains Billy Bremner’s corkscrew guitar hook, and Howie Epstein and Stan Lynch do a pretty good approximation of Dave Edmunds & Bremner’s “I don’t think it’s funny no more” backing vocal hooks, as well.

That said, The Heartbreakers’ version sounds fuller — thank you, Benmont Tench — and even funner than Rockpile’s version. I mean, Rockpile were a great great band, of course, but they weren’t this great.

And this might just be my way of writing about “Cracking Up” without having to write about four songs from Labour of Lust cos I’m definitely doing “Cruel To Be Kind,” “American Squirm” and “Skin Deep” when I get to Nick Lowe in the next year or so.

In the end, the phone rings, and Petty picks it up and excitedly says “Nick?!” like he just wanted to let Nick Lowe know he’d finished recording his song, but alas, it’s just Jimmy Iovine, who in the Running Down a Dream documentary confessed to calling Petty every day for 400-500 days in a row.

That said, Tom seemed excited to let Iovine know that they’d just finished recording the vocals to “Cracking Up.” It’s one of the few times that the goofy humor that Tom Petty showed in the videos and on his TV appearances actually showed up on a recording.