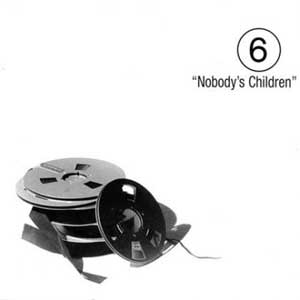 Like, for example, “Ways to Be Wicked,” the Petty-Campbell co-write that they gave to Lone Justice for their debut album. Of course, not only was Jimmy Iovine producing that record, Benmont Tench was already semi-moonlighting with them, so it wasn’t that much of a stretch.

That said, despite being the main single on Lone Justice, “Ways To Be Wicked” didn’t really bowl me over, certainly not like “East of Eden” did.

So I was incredibly shocked when I got to the sixth disc of Playback a decade later and discovered that not only had Tom Petty and The Heartbreakers recorded a version of their own song, it totally blew Lone Justice’s out of the water.

With Stan Lynch’s big snare whomp leading the way, The Hearbreakers treat “Ways To Be Wicked” as an uptempo garagey stomp, Campbell alternating low-down guitar lines with stinging leads and Benmont Tench playing all 88 keys at once as they explode into the chorus.

Whereas Maria McKee sang that chorus as almost an sorrowful accusation, Tom Petty sings it with a gleeful joy, as if he’s finally figured it all out, and sure it isn’t the best news, but at least he knows, and his relief is palpable.

Whether or not he’s singing it that way because it was only a demo never intended for the light of day or because its the point he wants to get across doesn’t even matter, because it makes “Ways to Be Wicked” lighter than air and funner than hell.

“Ways to Be Wicked”