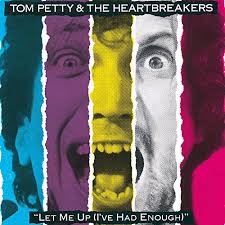 Of course, Campbell made way way more demos than were ever used, including the prototype for “Boys of Summer,” which Petty liked but didn’t fit Southern Accents and was eventually given to Don Henley at the behest of — who else? — Jimmy Iovine.

“Runaway Trains” is based around another one of those Campbell demos in the same vein as “Boys Of Summer;” guitars that glisten like the synths they were glistening against; drums playing around drum machines, the whole thing sounding exactly like the mid-1980s.

But I lived through the mid 1980s, and every single time “Runaway Trains” got to its chorus, I forgave it all of its sins.

I think it’s because the verses and the pre-chorus are unfocused and diffused that the chorus just jumps out at you the same way classic Tom Petty choruses are supposed to, which made up for the fact that it was incredibly overproduced.

So while the garagey-stomp of “Jammin’ Me” might have helped the narrative that Let Me Up (I’ve Had Enough) was a return to normalcy after the blowing up of the formula that Southern Accents represented, it was nearly as schizophrenic as its predecessor, and while it had several good songs (the title track, “The Damage You’ve Done,” “Ain’t Love Strange”), it also felt just a bit like product.

Tom Petty would do much better the next time around, kickstarting the second phase of his career with a record that was an unqualified triumph.