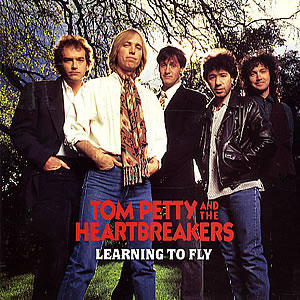 The sixth time I saw Tom Petty and The Heartbreakers was with Holly and Craig at Selland Arena in Fresno on November 26, 1991. They totally rocked it for over two hours.

Naturally, this date isn’t listed on any of the online sites that list such things — and man does the UI for setlist.fm suck! — but I seem to remember that it all seemed to be last-minute, which was pretty much par for the course for me back then, especially for a show at Selland, a place I don’t think I’d been to since Simple Minds (also a last-second decision) back in the summer of 1986.

It could have been a disaster: by trying to fuse the fussiness of Jeff Lynne with the “hey, let’s rock already!” of the Heartbreakers — Stan Lynch was already in full revolt — there were far more pathways for Into The Great Wide Open to be a failure than be a success.

But of course, all of these guys were pros, and Petty brought a set of well-crafted if not incredibly inspired songs that everybody executed extremely well, and if it wasn’t Full Moon Fever, it was still pretty damn good. I think I underrated it at the time, overrated it later, and now I’m back to underrating it.

But all along, I loved the gorgeous opener, “Learning to Fly,” a snapshot of all of the charms of Into The Great Wide Open.

With Mike Campbell jangling an spidery electric around Petty’s strummed acoustic, Lynch underplaying for his life and short simple declarative phrases on the verses, “Learning To Fly” was clearly designed for an entire arena, if not stadium, to sing along with.

But if it was stadium rock, then it was modest and understated stadium rock: for example, probably the biggest singalong hook was the call-and-response vocals on the chorus, but the coolest is not deploying those backing vocals on every single chorus.

So the first time around, it’s:

But after that, it’s:

In fact, it isn’t until the end — after Stan Lynch metaphorically stop-time battles an acoustic guitar — where they give in and just deploy the call-and-response for the rest of the song, just so you and I can sing along.

In the end, someone chirps like a bird, and you wonder if “Learning to Fly” isn’t also yet another Byrds reference in a career built around them.