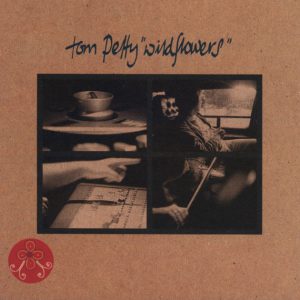 The seventh time I saw Tom Petty and The Heartbreakers was with Sherilyn & Kim at Neil Young’s Bridge School show at the Shoreline Amphitheatre on October 2, 1994.

It was about a month before Wildflowers dropped, and it was cool that Tom Petty and The Heartbreakers previewed some new songs from that record: this one, “You Don’t Know How It Feels” and the hilarious b-side, “Girl on LSD.”

It was also the last gig that Stan Lynch ever played with The Heartbreakers. It had been brewing for years of course — Lynch clashed with Jimmy Iovine during the recording of Damn The Torpedoes — but he always lasted because he was a tremendous live drummer (and backup singer), but it was clear that the direction that Tom Petty wanted to take his music moving forward didn’t really include Lynch.

Which is totally evident by a song like the utterly lovey “Time to Move On” — check the live version at the Bridge School where Lynch doesn’t even try to play because it’s clear he can’t wrap his head around the song — where hired gun (and eventual Lynch replacement) Steve Ferrone finds a near country beat to underscore what was one of my favorite Tom Petty choruses:

That chorus opens the song, because he wanted to make sure that you understood what he was trying to say: things are going to be different from now on. Echo was always considered his divorce album, because it came after his divorce, but Wildflowers plays like the record that is letting the world know that divorce is imminent. Not so much Blood on the Tracks, but at least Tunnel of Love.

It’s always been my favorite song on Wildflowers, a record which I wildly wildly underrated in 1994 — and I wasn’t the only one; its critical reputation has gotten stronger over the years — but now think just might be the best album the man ever made.

Fan-made lyric video for “Time to Move On”


“Time To Move On” performed live at The Bridge School Concert, 1994


Alt. Benmont Tench-driven version of “Time To Move On” from the Wildflowers sessions