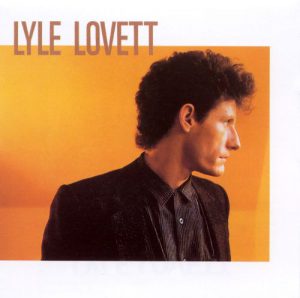 Of course, you probably already know that. Because at some point over the past 30 years, you’ve stumbled across at least one of his songs — maybe on the TV, maybe on the radio, maybe in a film — and his unique combination of insane melody, mordantly witty lyrics and a voice as pure as a mountain stream has completely blown you away.

It took me a little bit of time to get there — I didn’t get onboard until 1992’s Joshua Judges Ruth — but it’s clear that while he was slotted into “Country” at first, that was just a way to get his foot in the door; a reference point for an artist that is completely sui generis.

Take “God Will,” the waltz-time highlight of his 1986 debut. Of course the lead instrument is a lovely steel guitar, but, other than that, it could almost be an ancient folk ballad about a man hopelessly in love with someone who’s stepping out on him.

Well of course, it’s gotta be Lyle, right? Because he loves her and he forgives her, or course. Or not.

Ha! Even with backing vocals piled on for emphasis after each verse, the chorus of “God Will” is so matter-of-fact and understated, you might not even realize how funny it is. But that’s Lovett’s wit in a nutshell: he tells plenty of jokes in his songs, but he never telegraphs a single one. Instead he trusts this audience to keep up with him.