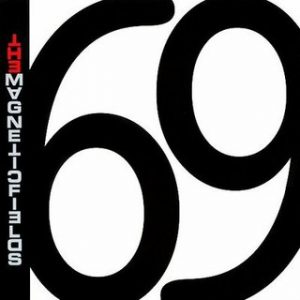 So, I was late to the 69 Love Songs party. I didn’t actually get it until the next year: months after it came out. I think at the time, everything I’d read about The Magnetic Fields indicated to me that I probably wouldn’t like them, even as 69 Love Songs became critically acclaimed. But you can’t hear everything.

So getting it was an accident: it was either a birthday or going-away present from a guy at work. And immediately became obsessed with figuring out what each of the 69 (nice!) songs was on about. Even then, it took me quite some time to hear the epicness of “Papa Was a Rodeo.”

The plot is simple: two people meet in a dive bar, and there is a spark. And Stephin Merrit’s character knows what’s going to happen next, but because he kinda likes her, he needs to make a full confession before they even kiss. So he tells her:

“Never stuck around long enough for a one night stand” is a helluva lyric, as well as the centerpiece of that chorus. The music Merritt sings this over is slow and melacholy, with a sadly picked banjo ringing over some electric piano and a nice steady beat. Like it knows more about what’s going on than anyone else.

Since she doesn’t run away screaming or anything, he suggests that the get out of the dive bar and proceed with their less than one night stand, when after the second chorus, there’s a twist!

And what did she say? That her papa was a rodeo, too. And her mother was a rock ‘n’ roll band, as well! What a coincidence! And when Shirley Simms sings that chorus one last time, its impossible not to get all of the warm fuzzies.

And while obviously this is one of the stories on 69 Love Songs, apparently for a short period of time, Merritt’s parents were actually in a rock and roll band back in the early 1960s, which doesn’t really change anything, but is kind of a cool detail.

Fan-made video for “Papa Was a Rodeo”


“Papa Was a Rodeo” performed live