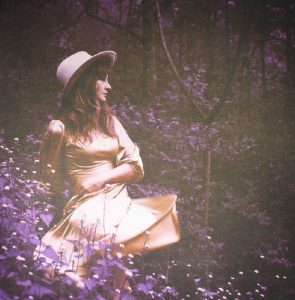 A weird little rare thing I love is when an artist introduces themselves on the opening track of their record.

“Hey world, this is who I am, and how I got here.” You know, like The Hold Steady on “Positive Jam,” Art Brut on “Formed a Band,” Freedy Johnston on “Trying to Tell You I Don’t Know” or Emimem on “My Name Is.”

Add to that Margo Price on the opening track of her 2016 debut, Midwest Farmer’s Daughter.

What we learn is that Margo Price grew up poor, after her father lost her family farm when she was just a little kid. So she took off for Nashville to make her fortune, but found only grief and pain. Eventually, after a series of misfortunes in love, she found a man and they had twins. But one of the twins died.

This might all be too much to bear, as she recounts all of this matter-of-factly over a classic, initially low-key arrangement. But it’s punctuated by a chorus where she revs up her voice and explains her motivation for continuing to plug away.

Cause all I want to do is make something last
But I can’t see the future, I can’t change the past
I want to buy back the farm
And bring my mama home some wine
Turn back the clock on the cruel hands of time

Of course, in the end, she got a record contract, and the ability to write and record this song, which continues to build and build from the low-key beginning, getting decorated with slide guitar, organ and dancing strings — the musical equivalent to the wading through trials and tribulations she’s singing about.

In the end, she sings “cruelll hands of time” over and over again like she’s exorcising a curse, like if she sings about them with enough power and beauty, she’ll be able to overcome them, turn them back, even as she probably knows she can’t.

Official video for “Hands of Time”