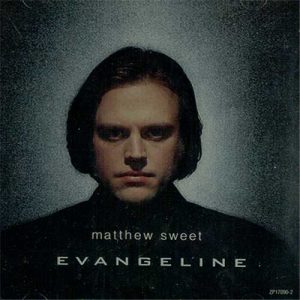 One of the things that came along with Neil Young’s late-1980s / early 1990s renaissance was a whole slew of younger artists paying tribute to him as the so-called “Godfather of Grunge,” but of course it wasn’t just the grunge acts paying tribute to him, but even artists who at least superficially had nothing in common with him.

Like Matthew Sweet, who slyly acknowledged the influence by making the cover of the the Goodfriend demo companion album a riff on Neil Young’s Zuma, the album of hook-filled songs and guitar freakouts that followed the ditch trilogy.

I’ll obviously get to all of that hopefully later this year, but as somebody who had stuck w/ Mr. Young all the way through his 1980s nadir — and I even bought Everybody’s Rockin’ — hearing his influence on Girlfriend was an incredibly welcome thing. I already mentioned it on “Divine Intervention“, but that was too psychedelic by half.

No, where it really comes in is on the last song of a perfect side of music, “Evangeline,” which features a classic Neil rhythm coupled with a spiraling corkscrew of a lead guitar hook by Richard Lloyd.

Given that insistent hook, and with Sweet — in character as a guy in a comic book I’ll probably never rea— overdubbing his singing of “Evangeline” every which way he could think of, “Evangeline” probably could have gotten away without Lloyd ripping off any solos.

But what fun would that be? So he does two: a arcing cascading solo in the middle — with Sweet’s deep acoustic providing a landing pad — and a longer, noisier one at the fade.