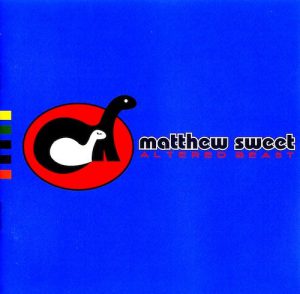 For all of my initial disappointment in Altered Beast not being Girlfriend Pt. II, it turned out that my favorite songs on it were the ones that sounded the furthest from what I thought I wanted him to sound.

So it’s entirely possible that I was full of shit. Wouldn’t be the first time.

In any event, my favorite song on Altered Beast was buried way down near the end of a 15-song, CD-filling disc, the wistful “What Do You Know?” Which is not to be confused with the great Buzzcocks song of the same name.

With the musical space filled to the brim by Greg Leisz’s old-timey National Duolian guitar wrapping itself around not-quite-jangly leads courtesy of Robert Quine, the brutal breakup dominating “What Do You Know?” utterly killed me every time Sweet sang “stupid lie that gets you by” with all of the pain he could muster.

It’s even more devastating later on in the song when Sweet sings:


So in the end, a song like “What Do You Know?” and indeed Altered Beast made the case for Matthew Sweet as a guy who could do more than just hire hotshot guitarists to play on his record, which seems stupid today, because of course, but I’m not even sure that in 1993 I knew anything he’d done beyond Girlfriend, even though I’d heard Oh-OK and Buzz of Delight a decade prior.