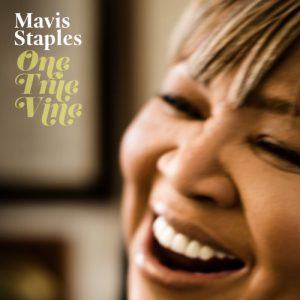 And so this song goes right back to that history: written in late 1960s by her father, Roebuck “Pops” Staples, as a Black pride anthem, but featuring lyrics that if you weren’t listening too hard, or didn’t know the history, could apply to just about anybody.

Makes no difference now y’all
How you may feel
I’ve done reached the point
Where I wanna be real
I’m tired of living, living in disguise

With Tweedy providing a deep, roaring bass, and chickenscratch guitar licks, while his son Spencer plays a simple, spare beat, “I Like The Things About Me” is cut from the same cloth as the cover of Funkadelic’s “Can You Get To That” it shares the album with.

It goes without saying that Staples undersings the hell out of it, her voice cracking in the appropriate places and staying on top of the plethora of background singers who support her on the chorus. In the end, Tweedy swoops in with some noisy lead guitar for just a few bars, and it doesn’t feel out of place as it takes the song to its fade.