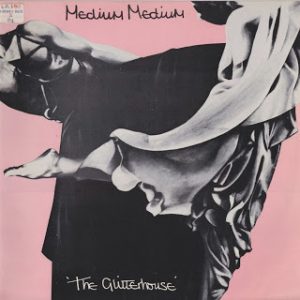 Which might not be true: I haven’t really listened to the rest of the album since, well, 1981, so it could be a lost masterpiece, but I’m somehow guessing not. But “Hungry So Angry” definitely is a lost masterpiece of early-1980s blue-eyed Britfunk.

Driven by an overpowering thumbed bass, a wailing saxophone and chickenscratch guitar, “Hungry So Angry” sauntered through its verses about a relationship only to come to a full stop every time they hit the chorus.

With spooky noises and massive echo, that hypnotic chorus sounded like the end of the world every single time, like if the hunger wasn’t satiated this second the anger would become totally overwhelming.

“Hungry So Angry” fell into that 1981 category of songs I read about in Trouser Press and probably might never had heard if it wasn’t for the practice airshifts I did at KFSR the year or so before it actually went on the air. There wasn’t any audience — it was literally on a wire to a speaker in the KFSR office down the hall — so I could experiment with music that was somewhat out my comfort zone w/o having any effect on what I imagined my on-air brand was.

Which meant a lot of trekking through a bunch of long-forgotten new wave dreck, but also coming across things like “Hungry So Angry,” which still sounds pretty good all of these years later.