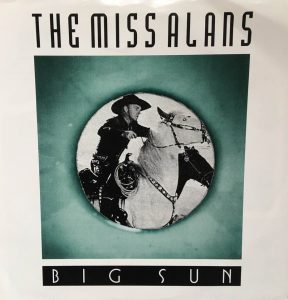 And it shows: the songs The Miss Alans recorded in late 1994 have the benefit of being both simple and loose, displaying a sense of musical communication that had been built up over nearly a decade of playing together. So while the touring of Blusher had exacerbated some of the personal issues they had with each other — as tours will do — the songs were still flowing like gangbusters, maybe better than ever.

Obviously, when they were dropped by Zoo and decided to break up, those songs were initially shelved — though I had a least a tape of some of them, because from the start to the end, they were always generous enough to give me tapes — but at some point in 1995, a 10″ vinyl Big Sun EP was released by Mach Records, which was co-owned by one of the guys in their old Genius labelmates, the Clay Idols. 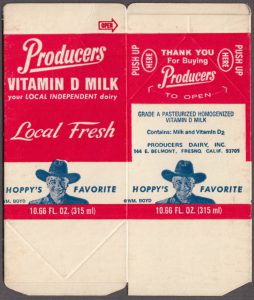 Probably the rarest artifact in the entire Miss Alans catalog — which is saying something! — I’m not sure I’ve ever even seen the Big Sun EP in real life, though it’s referenced in both the Trouser Press and Discogs entries on The Miss Alans, so its possible that I knew it existed.

Also, I really appreciate the sly nod to Fresno with the Movie Cowboy Hopalong Cassidy record cover, which I’ll admit sent me down a Hopalong Cassidy rabbit hole today, where I learned things that no sane man should have to learn.

First off, for those of you who have no idea what I’m talking about: from 1935-1948, actor William Boyd played Movie Cowboy Hopalong Cassidy in literally dozens of films, and was this star — whose films were stripped down into an incredibly popular NBC TV show — who adorned the bottles and cartons of milk from Producers, a local Fresno dairy. “Hoppy’s Favorite,” it would say right there on every carton. Out of all of the milks in the world, Hoppy said “yes” to the milk made from P-R-O-D-U-C-E-R-S. How cool was that? Cool enough that it instantly made Producers a huge and still iconic brand in Fresno. 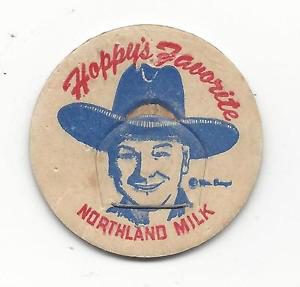 This got me wondering: how exactly did Movie Cowboy Hopalong Cassidy become the spokesman for a random Fresno dairy. When none of my (admittedly shoddy Google-oriented) research could initially explain exactly how or why it happened, I started wondering if William Boyd was running some kind of racket where there were literally dozens of dairies all over the country that made milk that was “Hoppy’s Favorite.”

And there were!! And it turns out that Hopalong Cassidy was a milk slut!! It’s impossible to know with how many other dairies he was cheating on Producers with, but there were quite a few, like this one in South Carolina. I guess first off, good on William Boyd for running a scam that you could never get away with these days, even if this is information that I could have spent the rest of my life not knowing. 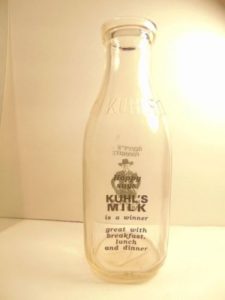 Of course, now I’m wondering what the rules were here: thanks to the films and the TV series, William Boyd became a huge huge star, but he clearly wasn’t a monster. So for example, he couldn’t have a dairy in Bakersfield or Sacramento also produce “Hoppy’s Favorite” milk, lest he be discovered. Was it state by state? Or did he and his henchmen have the country sectioned of by some kind primitive algorithmic methodology, calculating the maximum amount of revenue vis-a-vis the least amount of possibility of exposure?

Which is why I’m sharing it with you: to retroactively ruin your childhoods in a way that no Ghostbusters sequel could even begin to hope to.

ANYWAY, all of the songs on the Big Sun EP eventually showed up on Ledger the next year, so luckily, it’s not a must-have for any rare music it contains.

I’ll discuss Ledger more tomorrow, but “Big Sun” is definitely a microcosm of the what that record sounded like: straightforward and unfussy, fading in on a tangle of acoustic and electric guitars and alternating quieter verses with noisier choruses, as Scott takes a trip back in time to the days where his shit wasn’t so much together, his voice barely over a murmur:

And then with Manny singing the harmonies with his guitar, one of the more quietly catchy choruses in Miss Alans history:

And then with Ron doing a build, the post-chorus:

Why you hanging around here
My cocaine love

At that point, “Big Sun” explodes into a noisy cacophony of guitars, Manny cranking out the distortion, Ron’s rolls matching Manny’s lead, as they drop into the second verse, which has a cool little “I’m Waiting For My Man” reference:

Like a lot of its brothers and sisters on Ledger, “Big Sun” gets in, says its piece — just a couple of verses, one last chorus — and then gets out like Hopalong Cassidy riding off into the sunset. Sure, there’s a fake ending, but that’s just so we can have the symmetry of it ride out the way it rode in: Scott strumming furiously on his acoustic guitar, Manny throwing out guitar lines over everything.