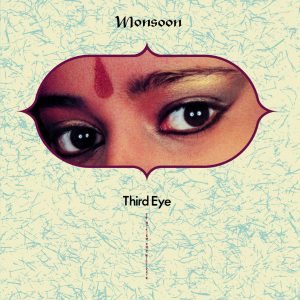 With the album version of “Ever So Lonely” straddling the divide, Third Eye was divided pretty evenly between artier drones like “Wings of The Dawn (Prem Kavita),” “And I You” & “Eyes” and poppy almost dancy fare such as “Watchers of the Night,” “Shakti (The Meaning of Within)” and my favorite song on the album, the glorious “You Can’t Take Me With You.”

Pretty much any song that starts off with a ringing sitar, a rumbling bass and handclaps is going to get my attention, but unlike, say “Don’t Come Around Here No More,” “You Can’t Take Me With You” is all momentum from the start, as echoed by what I think is a celeste, Chandra sings about the end of a relationship.

After each of the choruses, either Sebastian Coe or Martin Smith chime in with some gorgeous piano and “You Can’t Take Me With You” just soars to the skies all the way to the end of the song as Chandra continues to sing how you can’t take her with you over and over and over.

“You Can’t Take Me With You”