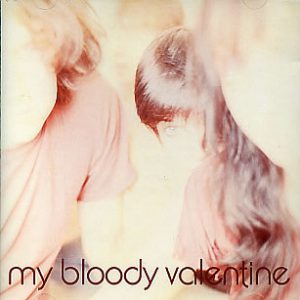 While it is of course a matter of holy writ that Loveless is My Bloody Valentine’s classic, and one of the most influential records of all-time, it didn’t entirely come out of nowhere. Which is one of many reasons to not sleep on its predecessor, 1988’s Isn’t Anything.

After a few singles and EPs, Kevin Shields figured out his guitar shit, and My Bloody Valentine found a sound that wasn’t like anybody else’s. And in 1988 that sound freaked me the fuck out. What even was this?

All of those guitar swoops and swirls with and stuttering beats, and songs that felt like songs only by default, at first I just couldn’t wrap my head around it. And then one day the wordless chorus of “Lose My Breath” overtook me.

Obviously I didn’t know any of the other lyrics because Butcher’s words are lost at the bottom of a gravity well, sucked into a vortex by an acoustic guitar that was more overloaded with special effects than a Star Wars film, what did escape was utterly gorgeous, and fell over the rest of the song like starshine on a tidal wave.

After that, the rest of the album started making sense.