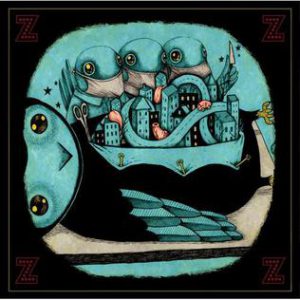 Z had quite a few songs I really liked, like the roiling, jammy “Lay Low,” the almost-reggae churn of “Off The Record,” but the song that really grabbed me was the gorgeous, churning “Gideon,” which was built like a lost cut from The Joshua Tree.

“Gideon” starts out with a pair of guitars tumbling over each other and features Jim James’s utterly captivating tenor to its fullest as he shouts the title like it’s the most important thing in the world. After that, “Gideon” builds and builds, amping up the guitars and drums ever so expertly, until it climaxes with a series of long wordless screams from James while the guitars crash against each other and the drums pound anthemically getting larger and larger until it takes up your entire vision.


“Gideon” performed with the Boston Pops on Letterman, 2006