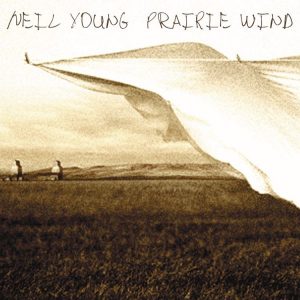 So maybe it was the fact that it was recorded in spurts from 1997-1999 that make 2000’s Silver and Gold so unmemorable outside of the title track and “Razor Love,” which at least had some momentum. Also unmemorable: 2002’s Are You Passionate?, recorded in two spurts — May & November — in 2001 after Neil shelved an entire Crazy Horse album called Toast, in between which the entire universe seemingly changed.

While one of my all-time favorite Neil Young live bootlegs is a broadcast of one of the shows of the tour he took with Booker T & The MGs in 1993, they proved particularly ineffective as a backing band, which even Neil knew, as he brought 2/3 of Crazy Horse back onboard for Greendale, the incredibly ambitious “audio novel” he put out in 2003.

Honestly, it maybe should have been a real novel. For some reason, Neil didn’t think that the Greendale songs need a rhythm guitar, so there was no Poncho Sampedro, and as a result, the music seemed thin. The fact that many of the songs were warmed-over blues shuffles that lasted over 10 minutes didn’t really help, as Neil clearly need the long songs in order to get all of his story in, but in the end, only the final track, “Be The Rain,” would make even the lower reaches of his canon, and even that song starts off with “Save the planet for another day” and features Neil yelling at clouds with a bullhorn.

I’m sure that there are some of y’all who love it, but not me: I think it’s the weakest of all of the records he did with Crazy Horse.

So Neil decamped to Nashville for the first time since Old Ways with old mates Ben Keith, Spooner Oldham, Chad Cromwell and Rick Rosas and wrote an album about grappling with both the death of his father, but also his own mortality, as he’d recently had an operation for an aneurysm, though as a dude who was having epileptic seizures onstage with Buffalo Springfield, his own mortality was never too far from his mind.

That said, the multi-layered rambling “No Wonder” felt like both a return to the Harvest / Harvest Moon sound and a continuation of it at the same time. Not only did it make extensive use of pedal steel and organ — as well as a smart, expansive guitar part from Neil — there was also a whole choir people doing backing vocals.

Tick-tock
The clock on the wall
No wonder we’re losing time
Ring, ring
The old church bell
The bride and her love
Seeking guidance from above

In the end, “No Wonder” shifts gears into what could almost be termed as an acoustic rave-up, with Keith’s pedal steel battling it out with Clinton Gregory’s fiddle, while Karl Himmel’s drums subtly drive them all. Like most of my favorite songs on Prairie Wind — “Painter,” “It’s A Dream,” “Prairie Wind” and even the more jokey “He Was The King” — “No Wonder” drove a perfect bargain between being overdone and utterly sparse.