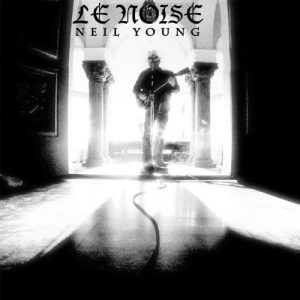 When I was a hitchhiker on the road
I had to count on you
But you needed me to ease the load
And for conversation too
Or did you just pass on through?

In 2007, Neil released Chrome Dreams II, a sequel to the 1977s unreleased Chrome Dreams, and which also featured the epic lost Bluenotes track, “Ordinary People,” which was just too fucking long to fit anywhere on This Note’s For You in 1988, though if you picked the other five best songs from that session and put them on side one while putting “Ordinary People” as all of side two, it would had really been something.

And finally, 2009’s Fork in the Road was pretty much an entire album about how fun it was to build and drive your very own electric car, and like the previous two, had some pretty good rock songs, but lacked the spark of his best rock records with Crazy Horse, which we will put a pin in for now. I’m glad to own all of these albums, but none of the songs on any of them are quite the Certain Songs level.

Then I tried amphetamines
And my head was in a glass
Taped underneath the speedometer wires
Of my ’48 Buick’s dash.
But I knew that wouldn’t last

This was also around the time Neil fully allowed his past to compete with his present, as nearly every year saw a new archival live album, and 2009 finally saw the release of the long-awaited Archives, which still somehow only made it to 1972, four years before Neil would first record the harrowing “Hitchhiker” as part of a single all-night session where he also debuted heavy hitters like “Powderfinger,” “Pocahontas” and “Campaigner.”

And while this session had no doubt been bootlegged, I’d hadn’t yet heard the original version of “Hitchhiker” when Neil re-recorded it in 2010 as part of his experimental solo album, Le Noise.

Hooking up with ace producer Daniel Lanois — whose name provided the pun of the album’s title — who had of course provided mega atmospherics for artists like U2, Emmylou Harris and Bob Dylan, Neil wanted to record an album featuring just his vocals and guitar. His electric guitar. You know, like early Billy Bragg, but with way more production weirdness.

After five straight relatively predictable albums — none of the songs on anything from Greendale through Fork in the Road would have been sonically out of place on his earlier albums — Neil was ready to experiment. And so Le Noise kicked off of the most recent phase in his career, where he would balance weird experimental records like A Letter Home, Storytone, Peace Trail, even Earth with more traditional Neil Young albums such as Psychedelic Pill, The Monsanto Years and The Visitor.

“Hitchhiker” is so harrowing and autobiographical, it’s really not surprising that Neil didn’t release, or even re-record the the original acoustic version for for 30 years, as he lists a panoply of drugs he tried in his early 20s, juxtaposing those experiences with some of the more key moments of his life.


With Neils voice echoing all around itself in multiple infinite loops — random words repeating for seconds at time — while his guitar crunches and crackles, “Hitchhiker” forces you to pay focus on the words, not because they’re buried, but rather because there is much else going on all around it, you might not even pay attention to the story.

This last verse was now Neil ended the song in 1977: his head exploded, lost in the fantasy of being an Aztec or an Inca, the fuel for more than one song he wrote in the next decade, and in fact, he stole the that last verse for the yacht rocky “Like An Inca,” the final song on the last album on which he experimented this hard, Trans. That said, “Like An Inca” didn’t have even an iota of darkness Neil puts into “Hitchhiker,” especially in the first of the two new verses he added in 2010.

That said, he ends the song with a glimmer of hope and humanity, all of hard drug use safely in the past, the turmoil that fueled the original song channeled into his guitar and vocals, but gone from his actual life.

In any event, I think that “Hitchhiker” is a major song, as important as any of his classic 1970s songs, but relatively unknown based on when and how it finally came out.