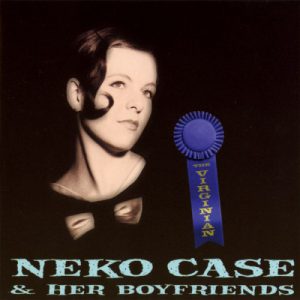 But of course, what she had from the very start was that amazing voice, which she used to great effect on the torch song highlight, “Duchess,” a cover of a Scott Walker tune from 1969.

On the original, Walker is mostly subdued, singing the chorus pretty much in the same matter of fact way he sings the verses. Not so with Neko Case, who is already bursting at the seams on the verses, and totally explodes on the chorus.

All of this is done over a slow-burning backing track that isn’t so far away from some of Bob Dylan’s early 1970s songs, and it also further stood out because it wasn’t uptempo like much of the rest of the album.

In any event, a good start to what’s turned out to be an amazing career.