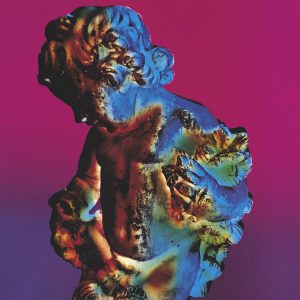 And so when Technique was dropped, it became their highest-charting album to date, going to #1 in the U.K. and scraping the U.S. top 32. But it left me kinda cold. Maybe because 1989 was a weird year for me musically: we started Sedan Delivery and I quit KFSR, and those were either the causes or the symptoms or me feeling disconnected from the music scene for the first time since I first connected with it.

There were some exceptions, of course: “All The Way” featured a really cool organ solo, “Love Less” had a pretty chorus that I couldn’t quite identify, and “Run” was just a straight-up classic-sounding New Order song, combining Hook’s still-startling bass runs and an brightly fuzzy guitar solo from Sumner, making it the best song on the album by default.

This all seems harsher than I’d like: “Run” was good enough that New Order released it as a single — shortened, remixed and retitled “Run 2,” — but it totally stiffed on both sides of the pond, because by this point it was the first non-dance single they’d released since “Ceremony,” and as such, was far too off-brand to connect. In any event, it would be another four years before they released another album, and another dozen before they released a good one.