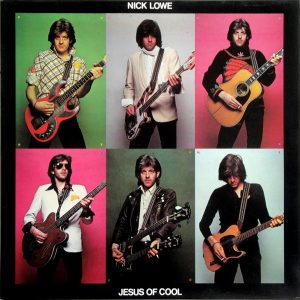 In both versions, Nick’s lyrics of a neophyte in the big city still ring true, though his character has a better run of it than the guy in Stevie Wonder’s “Living For The City, and indeed, has a experience that’s closer to the guy in “Take it Easy.”

But in the live version, Rockpile are playing it at punk rock speed, while still able to do a stop-time on a dime during “stop. check. turn and double back” sequence. And they’re totally on fire throughout: Terry Williams kicks it off with a merciless double-time, and Dave Edmunds outraces him with white-hot razor-sharp leads, and there’s even a neat moment prior towhere Edmunds and Billy Bremner twist leads in and around each other while Williams practically throws his drums at them.

Meanwhile, Nick Lowe foreshadows the carnal concerns that will dominate his next album.

It’s a Ramones-level combination utterly ferocious and utterly funny, but with a shitton of lead guitar, and just goes to show what a great band can do for a song. And that great band was just about to do their greatest work.