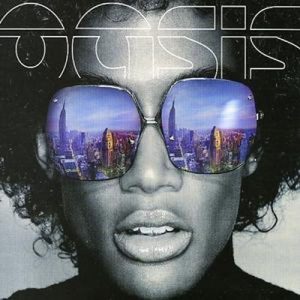 Alas, however, it was not to be: it was instead a case of frontloading an album with the best songs, something that Oasis had never really had to do before — remember that they stuck “It’s Getting Better (Man!!)” at the end of Be Here Now — so it got dire after this song. But I really love this song.

Opening with burbling sitars and tablas, and featuring a languid beat anchored by a bright snare, “Who Feels Love?” is a reminder that Noel Gallagher is a helluva song architect. I particularly love the stacked vocal harmonies on the opening verse.

Then after that, Liam is at his most sincere as he sings the chorus with an uncharacteristic melancholy ache in his voice:

As always, this is a little bit silly, but amazingly gorgeous: their prettiest song since “Champagne Supernova” or “Wonderwall.” And more so, with all of the weird overdubs and backwards instruments, there’s something going on around every single corner.