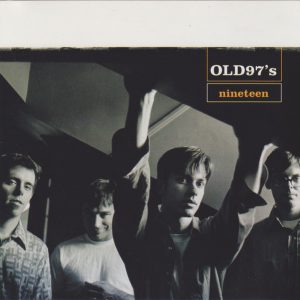 Anchored by a 12-string guitar riff that jingles throughout when it isn’t jangling, “Nineteen” was yet another tricked-up pop song that unfortunately was released in a market that had no more use for such things, even when they have totally relatable verses:

Yeah, I was only nineteen
Finished up with high school
Headed to a state school
Wandered into you

Big screen
Kissing in a movie
God, you moved me around
We got seriously down
But I was only nineteen

With guitarist Ken Berthea providing the usual array of riffs and licks throughout, as well as a pair of classic rock ‘n’ roll solos and bassist Murry Hammond alternating between harmonies and “oooooooooooh” backing vocals, “Nineteen” never stops tossing out the hooks.

The cool thing about “Nineteen” is that the seeming disclaimer about only being 19 isn’t really about trying to excuse any bad behavior; outside of letting the relationship end, of course. But even then, letting a relationship end because you’re too young to figure out how to keep it going when it gets past the stage where you’re spending all your time getting seriously down isn’t really bad behavior. It’s just stupid youth. And the older I get, the stupider I was when I was young.

Also, check out the clip below from Letterman: Rhett Miller looks like the events in the song were from the previous year instead of a decade prior.