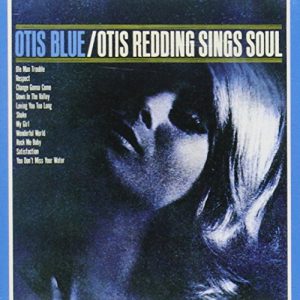 Despite the plethora of all-time classic songs Otis Redding recorded for Otis Blue — “Respect,” “A Change Is Gonna Come,” “My Girl,” “Satisfaction,” — the one that he chose to actually end the album might actually be the greatest of them all.

Like “The Train From Kansas City,” I think that William Bell’s “You Don’t Miss Your Water” is an unruinable song: a perfect merger of lyric and melody that creates an unmistakable mood.

A few years ago, I waxed rhapsodic about the version that I’d originally heard: Old Sourpuss himself, Brian Eno, did an amazing dereconstruction for the “Married to the Mob” soundtrack in 1988 that sounded like it coulda been an outtake from Taking Tiger Mountain (By Strategy).

That version, which was essentially just 1000 overdubbed Eno vocals over a couple of twangy guitars and a swirling synth, was heavy on atmosphere but light on emotion, all of the vocal layers creating a distancing effect from the devastating lyrics.

In the beginning
You really loved me, oh
I was too blind
I could not see, now

But now that you left me
Ooh, how I cried out, I keep crying
You don’t miss your water
‘Till your well runs dry

While the horn section sways into action for each chorus, trying to support, trying to say “it’s OK man, we get it” it doesn’t matter, because Otis knows that he fucked up beyond all repair.

I kept you crying
Sad and blue, oh my, oh
I was a playboy
I just wouldn’t be true
But now that you left me

Good lord, how I cried, I keep crying
I keep crying
Ooh, I didn’t miss my water
No I never missed my water
‘Till my well were run dry

In the end, as even the horns have abandoned him, Otis is in despair, reduced to singing about how he misses his water, how he wants his water, he’s gotta have his water, how he’s thirsty now, so thirsty now but we all know it doesn’t matter, and as the song fades into oblivion, he’s singing down the well — maybe even thinking about jumping — his words echoing all around the dry dry walls.

“You Don’t Miss Your Water”