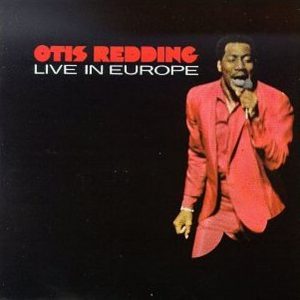 And while I didn’t really fully explore Otis Redding’s music until the early 1990s, my reaction to the Live in Europe version of “Respect” was visceral that it was only ever a matter of time. Even now, 50 years after it was recorded, it still fucking rules.

Yes, there is that cheesy introduction where the emcee makes the French crowd spell out “O-T-I-S-R-E-D-D-I-N-G” while Booker T & The MGs vamp in the background, and yes, the posthumous recordings of both the Whisky and Monterey Pop shows are clearer, but Live in Europe might be the greatest of the 1960s live albums (that actually came out in the 1960s) as — outside of that intro — there ain’t an ounce of fat on it.

On Otis Blue, “Respect” was just the tiniest bit stilted: even though this rolls are cool, the beat lumbers just the tiniest bit like it wants to go faster, but nobody has given it permission to do so. This isn’t a problem on Live in Europe — where the adrenaline of a live performance is all the permission they need, and I’m also guessing that they had some time to fully figure out the arrangement, as every piece is in place, especially Duck Dunn’s bass, which is providing a dozen hooks on each and every verse, and then at the end leads the whole song into an absolute frenzy.

Said frenzy matches Otis Redding’s vocals, which start out feverish and end up breaking the thermometer: every single time he screams “HEY HEY HEY!” the world turns just a little bit faster. And then at the end — just in case that you’re still confused what the nature of the respect he’s craving is — he chants “got to got to have it” and “give it up” like a man possessed. It’s a brilliant brilliant performance, probably my favorite of his vocals and one of my favorite vocals by anybody.