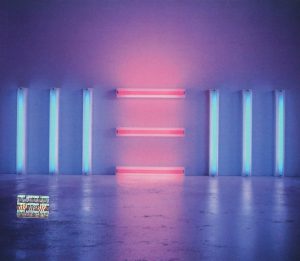 And while the massive hit singles eventually dried up — his last top 10 was the movie tie-in “Spies Like Us” in 1986; last top 40 “My Brave Face” in 1989 — his albums have always sold: his worst-charting solo album stalled out at 30. And, of course, he somehow remained Paul Fucking McCartney, most the famous person in any room he would ever walk into, always knowing that whomever was meeting him for the first time was totally freaking out, no matter how acted in front of him.

And so, by the time he hit 70, Paul McCartney had been a Beatle or ex-Beatle (but really a Beatle) for a half-century, and — from nearly all accounts — never turned into a monster; always stayed interested and engaged in the world, and of course, continued to make new music on a pretty regular basis, regardless of what anybody thought of that music. What did it matter: he’d already helped changed the world once, it wasn’t ever going to happen again period. Besides, he had a lifetime pass even before The Beatles broke up.

I’ll say this: I pretty much checked out after Back To The Egg, and while I’m sure there are songs I would like from every record he made in that 35-year period, for the most part what I heard didn’t connect to me. And that was OK. That was fine. Paul McCartney didn’t need my validation.

So, that said, let me give my validation to the first Paul McCartney album I’ve truly enjoyed since Band on the Run. You’ve probably realized that I prefer Paul the melodic rocker to any of his other incarnations, and New is full of good-to-great pop-rock tunes that some might even describe as “Beatlesque,” like on the title track or the single “Queenie Eye” (which has a star-studded video.)

And speaking of Beatles, there’s even a mostly acoustic tune called “Early Days,” where Paul almost churlishly addresses the ongoing onslaught of histories and interpretations of his band but gets over on the wistfulness in his voice.

But the one I loved the most was a simple, straightforward love song called “Turned Out,” — buried on the “Deluxe” version of New for whatever reason — stuffed full of acoustic guitars, keyboards and one of those choruses that he’s been able to write in his sleep for the entirety of that 50 years.

With Paul overdubbing his own backing vocals while repeating “it turned out,” the whole thing is effortlessly catchy, of course. And while it’s obviously a relationship song, it could also be about all of the choices he’s made and chances he’s taken — starting with forming a band with John Lennon — and his overall feelings about those choices.