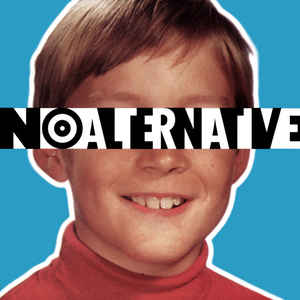 But despite all of these other heavyweights, my favorite track was the one by Pavement, because it sported a slow-moving and ominous riff as it goofed on a thing I held dear:

Some bands I like to name check
And one of them is R.E.M.
Classic songs with a long history
Southern boys just like you and me
R – E – M!

Are you even kidding me? This wasn’t like Paul Westerberg lauding the hitherto unknown Alex Chilton; this was Stephen Malkmus acknowledging R.E.M. — at that point one of the biggest bands in the world — and their role in not only helping to galvanize the 1980s alt-rock scene which clearly influenced him, but also as subtext, how well they were handling their success.

But of course, Malkmus being Malkmus, he couldn’t resist both obfuscating the timeline for the sake of a rhyme, nor spouting a controversial opinion.

While I am willing to assume that the teenaged Malkmus didn’t hear 1982’s Chronic Town until 1983 and I am willing to forgive him for ignoring Murmur altogether — and loved the Howard Finster namedrop — I need to point out that “Time After Time” was my most favorite song from Reckoning, so he’s just dead wrong, and I will write a strongly-worded blog post explaining exactly why at some point in the next year so.

Meanwhile, the guitars are beginning to feedback and squeal, more noise than on any R.E.M. album ever, which just adds to the fun, as well as a reminder that R.E.M. was just one ingredient in their unique stew, until the whole song comes crashing to a halt so that Malkmus can give his impressions about Messers Stipe, Berry, Mills & Buck.

The singer, he had long hair
And the drummer he knew restraint
And the bass man he had all the right moves
And the guitar player was no saint

So far so good: I love R.E.M., Malkmus loves R.E.M. You love R.E.M. We all love R.E.M. But now things are about to get ridiculous, as Malkmus goes from literal to metaphorical while upping their historical significance to extreme levels.

And they’re all having so much fun with this epic silliness, they do a second round, Malkmus breaking his voice on the call, the rest of the band shouting joyously shouting their response, until the song breaks down while Malkmus provides the kicker.

Holy shit! What does that even mean? I’ve been thinking about his song for over a quarter-century, and I still can’t even hazard a guess. I mean, obviously, I’m supposed to take any of it literally, much less seriously, but still.

In any event, it doesn’t matter: I love this song for its playfulness and its specificity, as well as that dream-state ending. That said, it’s best experienced as a standalone: it wouldn’t have fit on Crooked Rain, Crooked Rain in any way, shape or form.

Oh, in case you didn’t really believe any of it, they also recorded a cover of “Camera” where Malkmus provides his fandom bona fides by doing what any self-respecting early 80s R.E.M. fan would do: make up his own words.

“Unseen Power of the Picket Fence”