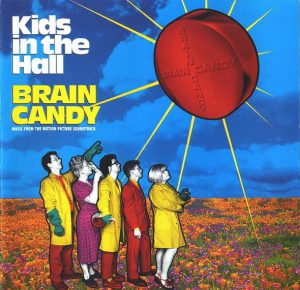 Written and sung by Scott “Spiral Stairs” Kanneberg, “Painted Soldiers” is probably my favorite Pavement song he ever wrote, barely edging out “Date With Ikea,” and actually a pretty good preview of the first Preston School of Industry album a few years later, as well as being the catchiest song to come from the Wowee Zowee era. Which is probably why it didn’t make the record.

And maybe with its catchy “a-whoo-hooo-hooo” opening, classic verse-chorus-verse structure and big jangly guitars just teetering on the edge of fuzz, maybe it wouldn’t have fit. But then again, the whole point of Wowee Zowee was kitchen sink, so why not have a straightforward pop song as well. Especially one with such a catchy chorus.

The key part of this is how Kanneberg sings “paiiiiiinted” while the guitars brightly twinkle behind him. It’s a great vocal hook, and along with the “whoo-hoo-hooos” and big drum builds, makes “Painted Soldiers” almost irresistible to me.

But maybe I was the only one: because while Pavement made a video for “Painted Soldiers,” — a pretty funny one where Kanneberg throws the rest of the guys out of the band and replaces them with Veruca Salt — they never bothered to release it as a single or even put it on an EP, making it an unique beast in their catalog.