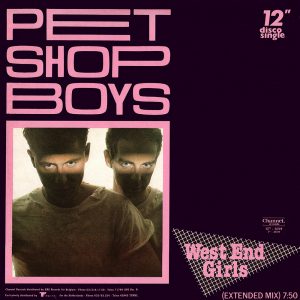 That’s of course, because of Neil Tennant’s detached cool, in both his rapping and his singing. In both cases, it felt like he just choosing the best way to get his words out, especially during the crazily catchy chorus.

I love the clipped way the final “West end girls” hits. It always made me want to know more about them. Which maybe I would have, had I bothered to listen to the rapped verses. But I didn’t, nor did I really notice all of the various bass and keyboard flourishes that garnished “West End Girls,” it was all about that cool crazy catchy chorus. No matter which version you dial up.