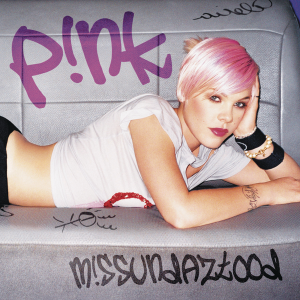 Out of all of the pop stars that made their debuts just as Y1.9K turned into Y2K, the one that I ended up enjoying the most was Pink, which makes sense, as she both presented — and sounded — the most rock ‘n’ roll.

Which, of course, doesn’t necessarily mean anything, except of course when it did. And in the the case of her breakthrough single, “Get The Party Started,” it probably helped that the song was written by a ringer, Linda Perry, who made her name as the singer/songwriter of 4 Non Blondes, but has since made her career by writing songs for for folks as disparate as Christina Aguilera, the Dixie Chicks and Cheap Trick.

It was actually “Get The Party Started” which kicked off all of that — a song that Perry said she’d originally written for Madonna — and I guess that it’s Perry who is to be blamed/celebrated for a chorus that was a weird lyrically as it was catchy musically.

“Coming up?” What even is that? Is that slang from some other part of the country? Because people don’t come up to parties and such, they “come out” to parties. No one calls or texts someone and asks “Hey, are you coming up tonight?” Maybe it was to not be confused with the other meaning of “coming out?”

I know that I’m overthinking that, but it’s a tiny bit of frisson that both bumps me a bit from the song while also binding me to it even more. Also helping: the fact that it sounds an awful lot like mid-to-late 80’s B-52s. Especially on that chorus, where the overdubbed Pinks approximated the harmonies of Kate Person and Cindy Wilson, to the point where you knew that the party could have been held next door to the love shack.

The other thing about “Get The Party Started” was that it debuted at a pretty shitty time for party anthems: October 2001, so given the national mood of the time, it’s also kinda weird that it was a massive hit single — making it all the way to #4 at Christmas time, but then again, maybe it was also something that was kinda needed.

“Get The Party Started”