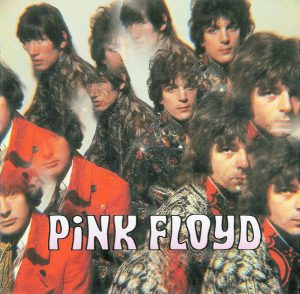 And that’s a very good question: after all, not only does “Interstellar Overdrive” have perhaps the greatest name of any song in rock ‘n’ roll history, it’s an acknowledged classic, which sports an opening riff for the ages.

Problem is, it’s all pretty much downhill from there, as after about a minute or so, which some might consider an extended sneak preview of what will eventually be going on in Syd Barrett’s head, but for me as always been fucking boring, especially after Nick Mason & Roger Waters abandon their duties and join the noodling.

So instead of a song about SPACE; I instead present a song that fits in with another running Certain Songs trope, albeit one which is less populated: songs about cats!

While “Siam cat” is a bit of a cheat — why not sing “Siamese Cat,” Syd –“Lucifer Sam” is a pure banger. Anchored by an ominous descending Barrett guitar riff counterpointed a swelling Richard Wright organ part, “Lucifer Sam” sounds pretty fucking devilish from start to finish, especially in the second verse about his then girlfriend.

Jennifer Gentle, you’re a witch
You’re the left side, he’s the right side
Oh, no!

But it’s all just misdirection, and pretty fucking funny, to boot. Also: with Mason double-timing on the verses and plowing through all of the instrumental breaks while Waters does quick runs, it rocks harder than anything else on The Piper At The Gates of Dawn (though “Take Up Thy Stethoscope and Walk” comes close), while still being, you know, a song about a kitty-cat.

At night prowling, sifting sand
Hiding around on the ground
He’ll be found when you’re around

Of course, even the most domesticated, cutest kitty in the world is still a cold-blooded killer, so that’s also what they’re tapping into here. Who knew that a song called “Lucifer Sam” would have so many layers. On a record where so many of the songs were either stone cold serious or whimsical to a fault, the winking irony — and insistent guitar riff — of “Lucifer Sam” totally stood out.