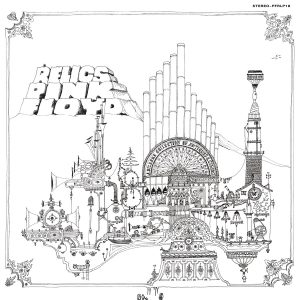 Which makes sense, in a weird way, because A Saucerful of Secrets was made as Syd was losing it, and featured both him and his replacement — David Gilmour, which you already knew — and Soundtrack From The Film More was exactly that, but it was also the source of my favorite song from pre-Meddle Pink Floyd, totally atypical “The Nile Song.”

Written by Roger Waters, but sung by David Gilmour, “The Nile Song” blew my mind, because it was neither psychedelic nor art rock, but rather straight-up metal. What?

Starting off with a heavy riff with the fuzz of a thousand years riding off the top of it, with Nick Mason building building building at seemingly random intervals, “The Nile Song” tips its hand with handclaps (!) and Gilmour’s utterly uncharacteristic “WHOOOOO!” at the very beginning. They’re having fun! Or at least Gilmour is, as he howls:

Functioning both as a piss-take on metal and as metal itself, “The Nile Song” wends its way through a series of continual modulations, screams and approximately one zillion guitars, all played by David Gilmour with zest and gusto.

While Pink Floyd did just fine in their eventual incarnation as a funky prog-rock band, “The Nile Song” does offer a tantalizing glimpse of road not taken; the Spinal Tap route taken by their contemporaries Deep Purple — though Purple was both heavier and better recorded from the start.

Near the end of The Rutles, there’s a throwaway joke where Dirk McQuickly followed the break-up of The Rutles by forming a band called “The Punk Floyd.” This is what I imagine that band sounded like.

In any event, “The Nile Song” is an anomaly, an outlier, and all the more striking because of that.