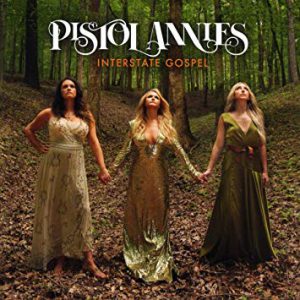 Of course, it wasn’t completely directly from her life — she never changed her name to “Miranda Shelton” — but the message of wiping out the memories of a poorly-ending marriage to a guy who was cheatin’ (of course!) rings forth loud and clear.

With Monroe & Presley gleefully joining in on the chorus and stinging lead guitar after nearly ever verse, “Got My Name Changed Back” takes a bad situation and finds both empowerment and humor in it, with all three exclaiming at the end “I broke his heart and took his money!” in the last verse, which . . . ouch!!

In the end, there’s a breakdown where they all chant (in perfect harmony, natch) “I got my name changed back” over and over, just in case you didn’t get the point at how they happy they were. Sorry, guys.

“Got My Name Changed Back” official video