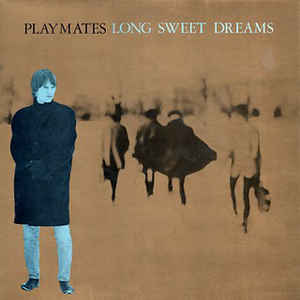 How obscure are Playmates? There isn’t even a review of their album on allmusic, but I did some research (OK, googled), and here’s what I came up with: Playmates were a Swedish jangle-rock band who went to Australia to record with Aussie rock legend Rob Younger (who also produced my beloved Died Pretty) and then got their album released on the UK indie label, What Goes On, which because it was named after my favorite Velvet Underground song was one of my favorite labels back then.

And they also recorded the amazing “Someone to Save.”

Kicking of with a near country beat — but fast — and a spinning winding low-down 12-string guitar riff, what sounds like the entire band harmonizes on the opening verse:

We made a deal, she said, we had it all worked out
I thought I knew but I was younger than today
But all our promises were really out of time
We couldn’t find our way along that endless road
You’re the one that makes the world go round

At this point, “Someone to Save” downshifts into a near stop, and the voices split apart into one of the most gorgeous call-and-response choruses I’ve ever heard.

And with a long drum roll, it kicks right back into its speedy gear, the windy riff, and another verse and a couple more wonderful, glorious choruses.

Like I said, I bought the vinyl, stuck “Someone to Save” on a mixtape, but I never found — or never looked for it — as a CD, so for awhile “Someone To Save” was pretty much gone. That is, until the rise of the .mp3 blogs at the end of the last decade. Remember .mp3 blogs? They actually still exist, even though most of the file-sharing services are slippery and treacherous; and the best of them highlight music like this: obscure even in its heyday, but full of amazing songs like “Someone To Save.”