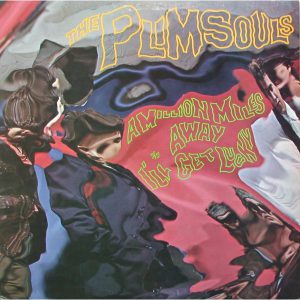 So it’s ironic that I kinda got sick of it for awhile in the mid-1980s.

Not the actual song, but the requests for it. You see, “A Million Miles Away” is playing over a key scene in the 1983 film Valley Girl — itself inspired by a song not nearly as good as this one, but also the first starring role for one Nicholas Cage — and every single fucking time Valley Girlplayed on cable, we would be inundated with a zillion requests for “A Million Miles Away” and “I Melt For You.”

I originally wrote that it wasn’t really the song’s fault, but of course it kinda is because “A Million Miles Away” was awesome enough to inspire all of those requests, so what I really meant to say was that it was unfair for me to hold it against the song, even a little bit.

After all, “A Million Miles Away” kicks ass from the opening Rickenbacker 12-string guitar riff, which provides an instant adrenaline rush every time and fully sets up and Peter Case’s clear clean vocals:

And then, before continuing with the next part of the verse, Case does something that defines “A Million Miles Away:” he backs off the singing and answers his vocals with his Rickenbacker 12-string guitar.

And so it went:

I started drifting to a different place

I realized I was falling off the face of the world

A million miles away

And there’s nothing left to bring me back today

Rickenbacker 12-string riff
And into the second verse.

But wait, that chorus! With a skosh of studio sweetening on the harmonies and all of that guitar between every single line, the chorus of “A Million Miles Away” was an absolute marvel of space and time; a transcendent psychedelic fusion of beauty, power and mystery.

After the second verse, lead guitarist Eddie Munoz joins in with a solo that starts low and rumbling but arcs ever skyward that continues as an ongoing commentary for the rest of the song, superpowering the last third of into the different place Peter Case is singing about.

In the end, Case is stranded in that different place, chanting “And there’s nothing left to bring me back today” but surrounded by so much beauty that you can tell it doesn’t even matter, because it’s clearly a pretty fucking great place to be.

The only time I ever saw The Plimsouls was in San Diego at a college radio convention in 1983 — the infamous show where Tim fell asleep standing up — and while I don’t specifically remember them playing “A Million Miles Away,” (and am not going to lie about not remembering something that took place 36 years ago), I can’t imagine that they didn’t, and I can’t imagine that it didn’t kill me.

I do remember this: at the time, we really weren’t all that inundated with 12-string guitar songs. The Byrds will still a distant memory, and while yeah, R.E.M. had released Chronic Town and Murmur, they still felt like an anomaly, because it would be a year or so — after Reckoning, really — before their influence started spreading far and wide.

So “A Million Miles Away” felt unique. And actually, it still does.

“A Million Miles Away”