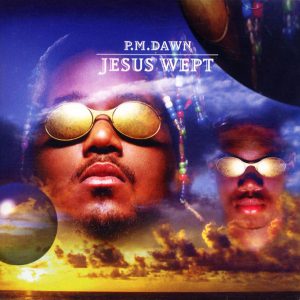 And while “Downtown Venus,” which deployed a genius sample of Deep Purple’s “Hush” — a beat that had just been sitting out there, waiting — was a minor hit and even a bit of a crossover hit on Modern Rock radio, for me, the true gem of the album was “The 9:45 Wake-Up Dream,” which starts with a careening liquid crystal guitar, a straighforward funk beat and Prince Be’s heavenly vocals.

With Cameron Greider’s guitar turning into a corkscrew and a host of angels harmonizing on every single “Nine forty-five,” the chorus of “The 9:45 Wake-Up Dream” is insanely beautiful.

Sure, this is a long cry from capping motherfuckers who pissed you off, I guess, but of course, no less valid of an expression of a philosophy of life, either. And what Prince Be figured out was that even the hardest of genres needs the dreamers, too.