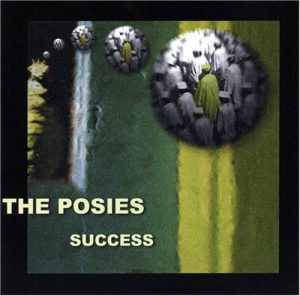 The third time I saw The Posies, it was one of the greatest shows I’ve ever witnessed.

It was also their final show.

One of those statements is, of course, now a lie. But not at the time. When Rox and I (and Matt, I think) went to the Bottom of the Hill in San Francisco on September 19, 1998, it was billed as the Posies “Final Show,” and they certainly treated it was such, and blowing the roof off of the place in a performance that was emotional, celebratory and went an hour past curfew, to boot. I don’t remember if the cops came to shut it down as they were approaching 3:00am on a Sunday morning, but it would have been kinda cool if they did.

In any event, that show was at the end of a tour for the final album of their initial run, Success, which came out on the same indie label — Popllama — that their debut, Failure, did a decade prior. And of course, “Success” was as ironic of a album title as they’d probably hoped “Failure” would be.

And while Success didn’t hit the heights as the three Geffen records had, it most definitely had its moments, the peak of which was Ken Stringfellow’s insanely catchy “Fall Apart With Me.,” which came roaring out of the gate with a big beat and even bigger guitars and wore its heart on its sleeve.

So, of course, they didn’t play it at the last show, perhaps the one tiny bit of disappointment in what was otherwise a stellar show, and what seemed like a great way to end a great career. Even if it wasn’t.

“Fall Apart With Me”