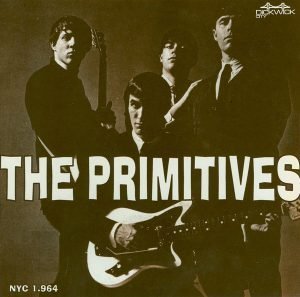 Disambiguation: This post is not about the 1980 jangle-pop band known as The Primitives. Please tune in tomorrow for a series of posts about them. No, this post is about something completely different: a fake band that spawned The Velvet Underground.

The year was 1964, and the kids were going crazy for that beat music, and a young songwriter named Lou Reed, who was working for an outfit called Pickwick Records, had an idea for a song. Actually he had three ideas for a song, all of which would serve him well in the future.

The first idea was to write a song about a fake dance craze, in this case, called “The Ostrich.” But unlike most dances, The Ostrich has an element of danger to it — perhaps not as dangerous as going uptown to score drugs, or engaging in bondage, two subjects he’d be writing about soon enough — but danger nevertheless. After all, it required you to put your head on the floor, risking it being stepped on by other dancers.

Featuring incredibly simple poppy chord changes augmented by fake crowd noise and wildly shrieking falsetto voices screaming “do the ostrich!!” throughout, “The Ostrich” was clearly a novelty number. But it was also unmistakably Lou Reed singing; and even more importantly, it was Lou Reed playing rhythm guitar.

But not just any rhythm guitar: the second idea he had was playing what he called the “Ostrich” guitar, where all of the strings were tuned to a single note, in this case “D,” giving a strange ringing drone throughout, especially at the beginning, but also during the instrumental break / rave-up portion, which is where he had his third great idea, the forcebeat.

During the rave-up, instead of the snare drum doing a “thunka thunka thunka thunka” double backbeat, he had it do a “thunk thunk thunk thunk” quadruple backbeat, which — hilariously for a song about a dance craze — isn’t all that danceable. In any event, the whole thing was released under the moniker of “The Primitives,” and it was supposedly a minor regional hit somewhere or another, and that probably should have been that.

But it wasn’t, because what happened next makes “The Ostrich” a turning point in rock history. Apparently, “The Ostrich” was somehow popular enough that Pickwick decided to make the Primitives a “real” band, so they found some cool-looking kids at a party to become The Primitives for real. One of those kids was a guy named John Cale.

Cale, who’d already been doing some avant-garde music with La Monte Young, loved the weird elements that Reed put into the song, and they became fast friends, and — more importantly — decided to work together. At bit later, they found Sterling Morrison, and the The Velvet Underground was born. You may have heard of them. 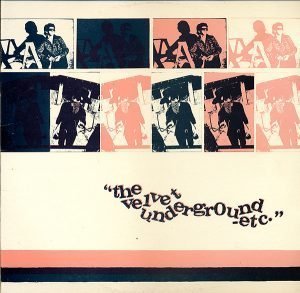 We’ll have much much more about the Velvets, of course, in — I dunno, let’s say 2022 (if the world is still around then) — but for now, I want to point out that I first encountered “The Ostrich” on a bootleg called The Velvet Underground, Etc, which I think I read about in Creem.

People forget this, but in the early 1980s, the Velvets were kind of a secret thing: I bought more of their albums on road trips than I did at Tower in Fresno, and it was during one of those out-of-town trips — to see The Grateful Dead at UCLA, ironically — in early 1982 where I picked up their third album as well as the The Velvet Underground, Etc, which was a weird combination of pre-Velvets Lou Reed recordings, and post White Light/White Heat Velvets recordings, some of which showed up in a much cleaner form on V.U. and Another View and some which didn’t.

In any event, outside of “The Ostrich,” none of it struck me, most of it being crappy copies of copies of copies, a situation that actually somehow helped with “The Ostrich,” and I of course bought the companion bootleg, The Velvet Underground, And So On, when I finally came across it. But, like I said, we’ll eventually get to the Velvets.