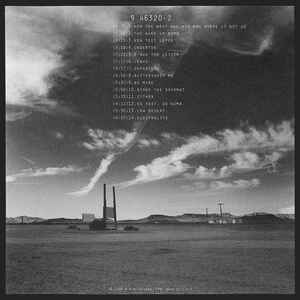 If, because I didn’t know the provenance, I thought that “Binky The Doormat” was one of R.E.M.’s worst song titles, then my feelings about “So Fast, So Numb” are the exact opposite. I honestly think it’s one of their best song titles, best suited for their mid-1990s period. (Oh, and like the rest of New Adventures in Hi-Fi it was administered in the surface world by Warner-Tamerlaine music.)

So basically, with that title, all they had to do is not fuck it up, right? Which, naturally, they didn’t, because in a lot of ways, it’s probably the most R.E.M. song on New Adventures in Hi-Fi, mixing electric and acoustic guitars, organ and piano, while Stipe sang a lyric that may or may not have been about his pal River Phoenix.

You’re drinking raw adrenal, baby
And do-si-do, saddo
You’re eating cartilage, shark-eyes, shark-heart, all present tense
And boy, your blood is running cold
Listen! This is now, this is here this is me
This is what I wanted you to see
That was then, that was that that is gone, that is past
You cast yourself, cast passed by, thrown down fast

You say, you say that you hate it
You want to re-create it

Another classic R.E.M. thing about “So Fast, So Numb” was that while it was essentially just a verse-chorus-verse song — with a quick break for a short but searing Peter Buck guitar solo — they continually switched up the instrumentation, guitars and keyboards continually popping in and out of the mix. None of which had any effect on the catchy chorus, which worked equally well over roaring electric guitars or burbling acoustic guitars.

I’ve been around, I’ve been your lover
I let it go at Kill Devil Hills
You’re coming onto something so fast, so numb
That you can’t even feel

One of the keys to that chorus was Scott McCaughey’s piano, which burbles and bounces throughout the entire song, but essentially frames the chorus in all of its various incarnations. At that point, McCaughey was best known for being the front man of Seattle’s Young Fresh Fellows (who will eventually show up in Certain Songs), but he essentially played on R.E.M.’s tours for the rest of their career, as well as with Buck in The Minus Five, Robyn Hitchcock’s Venus Three and — of course, the always awesome Baseball Project.

The basic track for “So Fast, So Numb” was recorded at a soundcheck in Orlando near the very end of the tour. At this point, R.E.M. had unofficially turned their soundtracks into recording sessions, so much so that Peter Buck said that they were approaching a hour and a half. Which would totally suck if you were Lucious Jackson, the opening band. On the other hand, you got to watch R.E.M. work on new songs that may or may not ever get public release, so that would probably even it up.